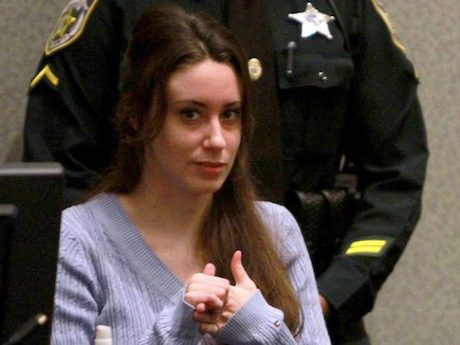 What could be harder than selling Caylee Anthony’s belongings at a yard sale? Casey Anthony’s parents, Cindy and George, must have hearts of stone because they did just that.

The recent yard sale was held at the grandparents’ home in Mount Dora, Florida, and photos revealed a variety of Caylee’s toys and clothes. How do you feel about Caylee’s grandparents taking this approach to selling their granddaughter’s things, especially after all that’s happened surrounding their daughter and the trial?

Christina Werner made an initial purchase of Caylee’s toys and clothes, and she returned the next day to collect more items at the public display of Caylee’s memories.

In an interview exclusively with Radar Online, Christina said, “I drove by and noticed the house looked familiar to me. I had seen this house before. I got close and noticed that the people outside really looked like George and Cindy Anthony. It was the home of Casey Anthony’s grandparents. When I pulled up, they were taking tarps off the yard sale items that were covered due to the rain. I immediately noticed the two white canopies over the yard sale tables because they looked like the tents used in the search for Caylee.”

Would it have been more heartfelt by the grandparents, Cindy and George, to have donated these items – or perhaps traveled down a less public avenue to respect the memory of their granddaughter?

At the yard sale, Christina noticed a significant amount of “dissension” between the grandparents Cindy and George, particularly when a price was quoted for Caylee’s toys and clothes. It’s no wonder that Cindy would be a nervous wreck in public after Casey Anthony was acquitted for murder “in the death of her 2-year-old daughter, Caylee.”