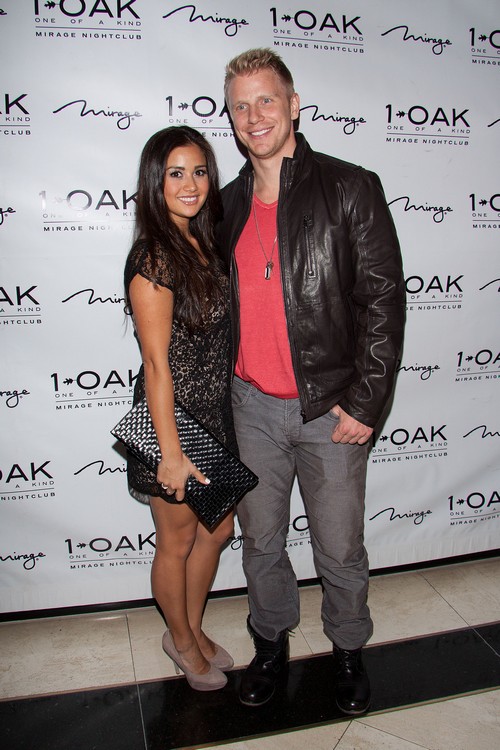 When Catherine Giudici decided to leave Seattle to try and win the heart of Sean Lowe on ABC’s The Bachelor she left behind a thriving career as a graphic designer and in the months since, she has never actually returned to work. Perhaps she hasn’t seen much reason to go back to her job when ABC has been so gracious with the handouts. She and Sean will tie the knot on Jan. 26th in a live broadcast and she has sure raked in the freebies.

According to the Dec. 16th print edition of Star Magazine Catherine’s engagement ring, wedding gown, heels and jewelry are all freebies. Other companies have also offered the couple hand outs in return for promotion of their products. Catherine proved herself even greedier than everyone expected by wheeling and dealing for a two-week tropical honeymoon that will of course be comped.

So everything about this special day seems to be based upon what companies are willing to donate rather than the bride and groom building their perfect wedding. Plus they will be paid six figures to allow ABC to broadcast their wedding. Doesn’t this sound more like a business than it does a love match at this point? Do you think that Sean and Catherine really should even be tying the knot or is this really all about the money and attention that goes along with it? Are they really in love or somewhere along the way did Sean and Catherine just agree to this business venture knowing they’ll eventually part ways? Tell us your thoughts in the comments below!