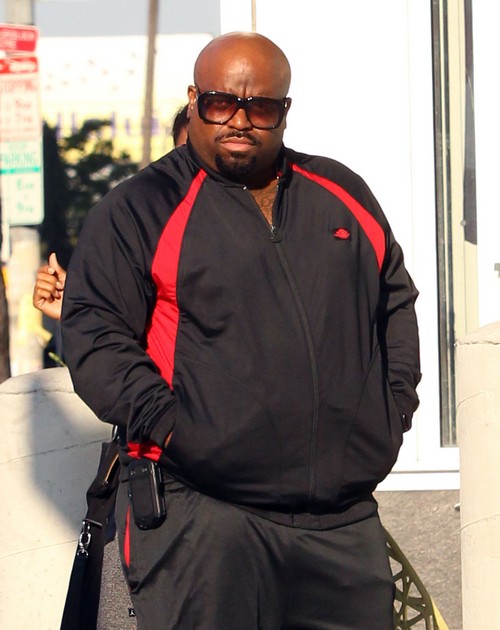 Will Cee Lo Green get prosecuted for date rape? One can only hope. The LAPD is reportedly finishing up their extensive investigation and report on the date rape case involving Cee Lo and an unknown woman. The woman accused Cee Lo of spiking her drink with drugs [more specifically, ecstasy], while at a sushi restaurant in LA last year. The woman alleges that the last thing she remembers before waking up naked next to Cee Lo was eating dinner at the restaurant.

Her other allegations include claims that Cee Lo was also ‘referencing MDMA‘ and ‘apologized repeatedly’, and she also adds that she has video proof of that. But even with all that, the D.A. was reportedly not fully satisfied with the evidence at hand. And what else is new? When there are celebrities involved, a fairly simple open-and-shut case turns into a cat and mouse with witnesses and evidence.

In the end, the cops ended up doing another five months of investigation – one to find out about the drugs in her system, and the other to find witnesses who were willing to corroborate either Cee Lo or the woman’s story. Obviously, Cee Lo completely denies that anything happened, as does everybody around him. But again, what are they going to say? ‘He’s guilty’? Yeah, not so much.

Unfortunately, TMZ reports that even with the additional reporting and extra evidence, it might not be enough to prosecute Cee Lo. Sure he may have date raped a woman, but jail time? Noooo, they don’t have enough ‘evidence’.

I mean, let’s look at this from a different angle. This woman is not the typical Hollywood famewhore, and she’s clearly going to great pains to conceal her identity – so she’s not looking for her fifteen minutes of fame. She’s not looking to get famous or get attention, so why would she make this up?

What do you guys think? Do you think Cee Lo is guilty or is he being unfairly accused? Let us know your thoughts in the comments.