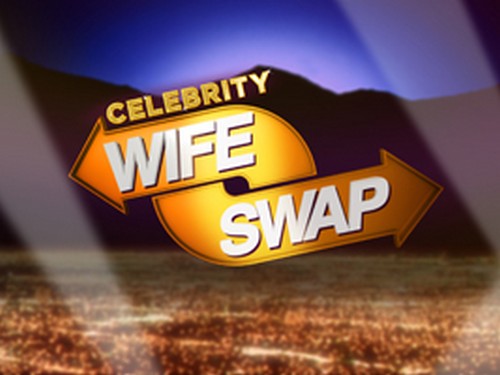 Kate Gosselin is living with her eight children in rural Pennsylvania. As a single mother raising twin girls Cara and Mady (12) and eight-year-old sextuplets Alexis, Hannah, Aaden, Collin, Leah and Joel, Kate lives by a rigid set of home rules. She cooks, cleans and shops, all while working to support her family.

Kendra Wilkinson, perhaps best known as a Playboy Magazine cover girl and Hugh Hefner’s former girlfriend, resides in Los Angeles with former-NFL husband Hank and their four-year-old son, Hank IV, aka “Little Hank.” Kendra and Hank have a very relaxed parenting style in which they allow “Little Hank” the freedom to learn and grow without any harsh guidelines.

On tonight’s show in the first part of the exchange, each mom moves into the other’s home and agrees to follow a manual of “household rules” written by the departing mother, including how to parent, manage their social life, do house work, unwind and more. Everything changes in the second half of the week, when “new mommy” takes charge, introduces her own set of rules and runs the “nest” her way. At the end of the week the two couples meet for the first time. In a raw, honest and highly-charged exchange of views, the couples will make frank assessments of each another and discuss their experiences, having had a very real taste of what life would be like in someone else’s family.

We will be covering tonight’s Celebrity Wife Swap, Kate Gosselin and Kendra Wilkinson episode with all the details.  From the previews we have see of tonight’s episode Kendra gets a bit overwhelmed and it looks like it is going to be hysterical.  You don’t want to miss it!  Don’t forget to come back to this spot at 8PM for our coverage of the episode.

It’s Kate Gosselin and her brood versus Kendra Wilkinson and her family in tonight’s Season 2 opener of Celebrity Wife Swap.

Kate describes herself as a single mom of one set of twins and one set of sextuplets.  She is extremely organized.  She cooks, she oversees cleaning and laundry and has written three books.  Her advice to the mom who she will be swapping with is to keep moving and things will get done.

Kendra is a wife and mom.  She has a full time nanny who is also the cook and housekeeper and she spends her free time socializing with her friends.  Her husband, football player Hank Baskett seems to spoil her and she loves it.  They have one child together, Hank IV, and they do not have any rules for him.  They allow him to enjoy his childhood.

As the mom’s arrive at their new homes they realize whose house they have swapped with.  Kate realizes that she is at Kendra’s house and she reads the House Manual where Kendra describes her life as having a ton of free time with no rules.  Kendra on the other hand seems overwhelmed the moment she realizes that she will be caring for eight kids.  As she reads Kate’s House Manual she learns that Kate is very organized, down to the minute.

On Kate’s first day she meets Hank and Hank IV.  He hands her a glass of wine and cooks for her.  Kendra meets the kids and she seems a little awkward.  That evening Kate enjoys a night out with Kendra’s girlfriends while Kendra has dinner with the Gosselin kids.  One of the older daughters prays that Kendra makes it through the week.

The next day Kendra has to wake up before 6 AM to get the kids ready for school including making breakfast and having them out the door on time.  After they are gone she has to wash clothes, clean up, and shop for dinner.  Kate gets to sleep in while Hank gets little Hank ready for school.  Later he takes her to the golf course to relax.  Kendra has a slight breakdown that she has to boss the kids around and make them do their chores.

It’s time for the families to come up with their own rules.  Kendra’s first rule is to have the girl and boys swap chores.  Kate tells Hank that he focuses too much on pampering Kendra and they are going to have to go without Rosa the nanny/maid.  Kendra’s next change is that they will not be eating at the table anymore.  They will be eating picnic style.  Kate tells Hank that little Hank spends too much time at school for a two year old and he would be skipping school the next day to have a Hank day and they would be doing activities as a family.  Kendra’s next rule change is that there are no chores after dinner.  Kate’s final change is that Hank and little Hank would now have chores.

During the changes, the older Gosselin girls, the twins, were not happy that there would be no structure.  She takes the kids outside to run around and they love it.  At their first dinner together, Kendra has them prepare their own tacos in the living room.  There is a mess everywhere and chaos.  Instead of trying to help the situation Kendra tells the kids that they could eat wherever they want to.  Kate spends her morning with little Hank and the rest of the day is spent trying to teach little Hank some chores.  Hank does not seem to like that someone else is spending time with his son, but he takes it in stride and doesn’t complain.

Kendra treats the kids to ice cream and realizes that she needs to spend more time with her son.  Kate is spending even more time with little Hank.  He seems to like the attention and starts to recognize that Kate is the boss.  Meanwhile, Kendra hangs out with Kate’s friends and admits that she was overwhelmed at first.  Back at the Baskett household, Kate has shown Hank that they can do things together.  Little Hank does Yoga at preschool and Kendra usually does Yoga at home so Kate organized a Yoga session at the house for the family so that Hank could see that there are certain things that he, Kendra, and little Hank can do as a family.