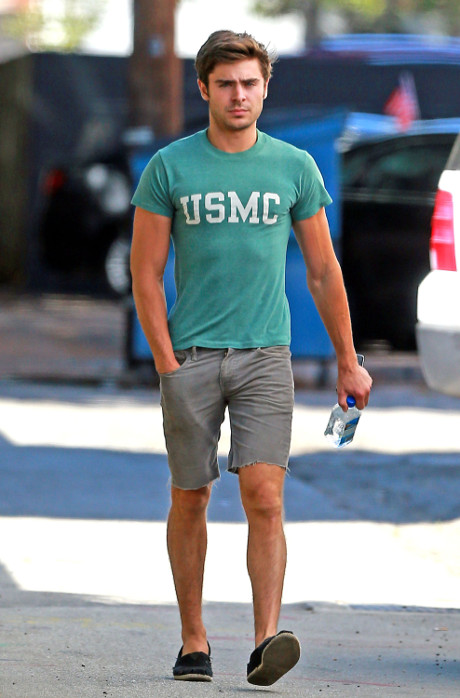 Charlie Sheen is speaking out against the news outlets claiming he partied hard with Zac Efron, who’s been a hot topic of discussion lately after his alleged drug addiction and rehab stints entered the public sphere. Sheen adamantly denies that he and Zac Efron partook in hardcore cocaine binges together and, when addressing the claims that Zac showed up to the set of his show Anger Management, he says the details have been blown out of proportion.

Apparently, he admits that Zac did visit the set of his popular show, but not to visit him specifically. The two actors share the same publicist and, supposedly, Zac was there to meet with that individual. And while the stories claim that Zac visited the set nearly a dozen times (you know, to get ALL THE DRUGS), Sheen says he only visited the set that one time.

TMZ reports: “As for the claim Zac spent a lot of time partying at Charlie’s house and then strongly insinuating they were on cocaine binges … Charlie says, “ridiculous.”  Sheen says Zac was at his home a grand total of one time — nearly 2 years ago for a Super Bowl party.  The next time Charlie saw Zac was when he visited the set 11 months ago.”

What do you think about Zac and Charlie partying hard together? For some reason, we don’t think Zac would seek out Charlie to party hard with, but who knows — Hollywood has produced stranger friendships! More Zac Efron rehab/Zac Efron & drugs news CLICK HERE!