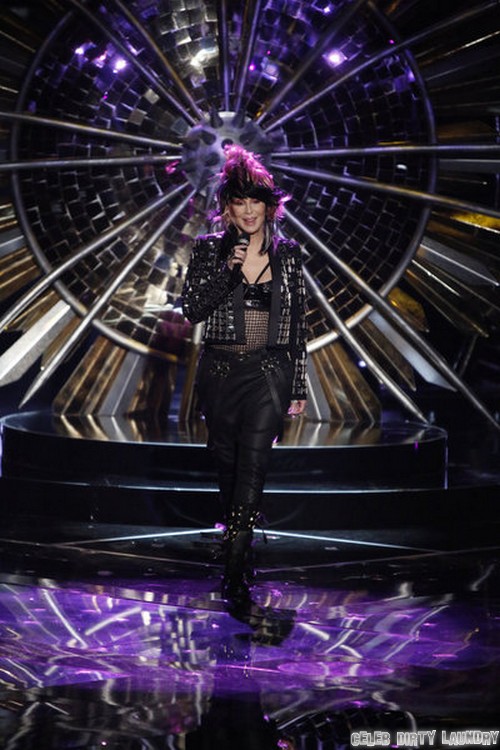 The votes have been case and the winner of the fourth season of The Voice will be announced tonight.  Before the announcement was made Oscar, Grammy, Emmy and three-time Golden Globe winner Cher performed hew new single, “Woman’s World.”  The single is off her new album which debuts September 24th called “Women’s World.”  Tonight was Cher’s first live television performance in ten years.

This is the first album in twelve years for Cher.  Not only did Cher perform but she participated in a 30-minute online event while backstage at The Voice.  Cher answered questions that fans had been submitting via Twitter.

Cher hit the stage with a crazy hair style/wig, a black bra with mesh covering her stomach and a black blazer and she belted her new song out.  It is hard to believe she is 67 years old.  I really like the new song, sadly I think she was lip-syncing the song, but still the song is great, nice and catchy and I am sure it will do well.

[NOTE QUALITY OF VIDEO IS BAD, WE WILL REPLACE WHEN BETTER ONE IS RELEASED]