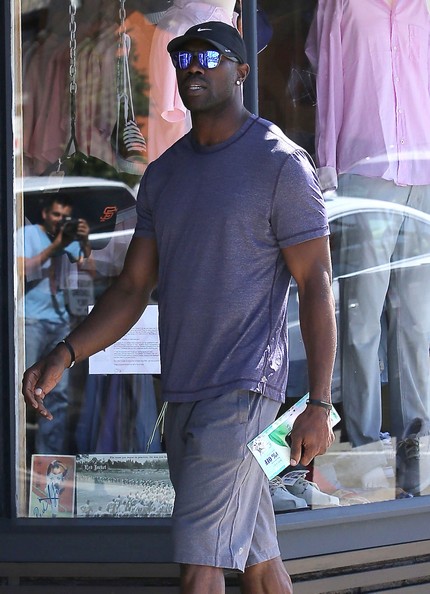 DEAD-BEAT? WORD ON THE STREET IS THAT STEVIE “SLEEZO THE WEASEL” J OWES ABOUT A GOOD 1.2 MILLION IN CHILD SUPPORT TO TWO OF HIS CHILDREN WITH FORMER GIRLFRIEND AND YES HIS ASSETS ARE BEING TARGETED. Grammy Award winning has been music producer and current cast member of Love And Hip Hop Atlanta. Maybe celebrating his new marriage to cast mate and long time jump off Joseline Harnandez. Along with the possibility of a spin-off show starring the newlywed couple. That celebration may be cut short considering his new investigation on his old child support debt.

According to the 1992 CHILD SUPPORT RECOVERY ACT it is a crime to leave a state owing more than 10,000 dollars in unpaid child support , for more than two years. Word is that SLEEZO could very well serve prison time since he owed 20 times that before he moved from New York to Atlanta.

A press conference will be held by Stevie J Rep. Carol Bennett will hold a press conference on OCT. 31 AT 11:30 AM , AT 1 LITTLE WEST 2TH ST. (CORNER OF 9TH AND HUDSON ) IN THE SECOND FLOOR CONFERENCE ROOM. No details as of yet if “Sleezo J.” will be present.

Child support evasion has been a ongoing thing with a lot of male celebrities recently.  Allow me to fill you in on some other industry “deadbeat dads”

BOW WOW: Stood in front of a judge a stated that he only had 1,500 in his bank account. Therefore he couldn’t afford to pay the 3,000 a month the courts had ordered. He quickly changed his tune when his paycheck amount from his hosting job on BET’s 106 and Park was brought to the courts attention.

Rapper CHIEF KIEF: Was recently ordered to pay 10,400 in back child support. In addition to 2,600 a month in current child support along with an additional 500 monthly for daycare

HALLE BERRY: Was just ordered to pay her ex Gabriel Aubry, $20,000 a month to support their daughter, Nahla, and he doesn’t even have custody of her! (wtf)

JERMAIN DUPREE: Decided that since he didn’t think that his daughter was really his, he didn’t have to pay child support. But, after a paternity test proved that he was the father, Dupree was ordered to pay $2,500 a month as well as an additional $7,500 for the emotional hardships that he caused his ex-girlfriend

ALLEN IVERSON: After arguing with his ex over the $40,000 he owed her for back child support, Iverson finally coughed up the money in order to avoid jail time

TERRELL OWENS: Despite having been paid more than $80 million during his career. After admitting that he had poor money management on the Dr. Phil Show, T.O. cried his alligator tears and stated that he couldn’t afford to pay his child support. After his admission, he had to do community service to pay in some form.

EVANDER HOLYFIELD: Holyfield claims that he is in serious debt and can’t afford to pay most of his bills. In May 2013, the media leaked that Holyfield owes more than $327,858 in back child support. In the past, Holyfield was ordered to pay an ex-lover $500,000 for child support. Clearly he can’t escape this monster.

BOBBY BROWN: Brown went to jail after owing his ex-wife $20,000 in back child support but he only spent three days behind bars after a D.C. radio station bailed him out in exchange for several appearances and interviews. Brown has four children with four different women

DENNIS RODMAN: In 2012 he made headlines when he was found to be in contempt of court, and he was then ordered to pay $500,000 in child support costs to his ex-wife. This number was a bit of a steal, considering that his ex-wife’s attorney voiced that Rodman actually owed about $850,000.

FLAVA FLAV: was facing a possible 180 days in jail for failing to pay his ex-wife back child support that he owed for three of his seven children. A month later, Flav was able to dish out $25,000, but that was only a fraction of the $111,000 that he owed her. The rapper is now paying child support costs, with an added $1,200 each month.

Rapper SHAWTY LO: Back child support landed Shawty Lo in jail back in January 2013. After failing to pay hundreds of thousands in child support, Shawty Lo had a warrant out for his arrest due to delinquent child support payments. But, for anyone who knows Shawty Lo, this shouldn’t have come as a surprise. The man has 11 children and 10 baby mamas

VAL KILMER: Had fallen behind on payments that he owed his ex-wife for the two children that they have together. Past agreements showed that he was paying $27,500 a month. To get the money she was owed, his ex-wife put a lien on Kilmer’s home.

At the end of the day if you want to avoid problems like this WRAP IT UP, it’s not rocket science. Still if you planned to have a child or had one while in a loving relationship. Just because you cut ties with your ex doesn’t justify you not supporting your off spring. A lot of men say “well I’m in my child’s life, why should I have to pay child support. Well if you love your child as much as you claim then what’s the problem? There’s nothing wrong with a little insurance that you’ll continue to handle your responsibilites. Period.