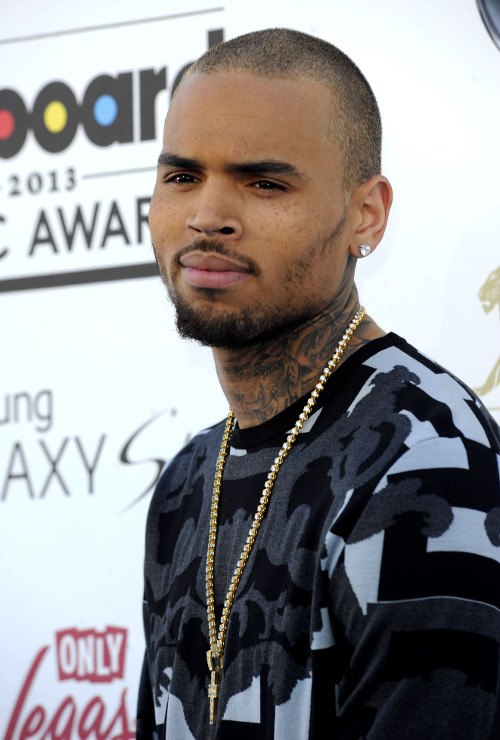 Chris Brown has, yet again, seemed to have found himself in some hot water. The performer was hanging out at an Orange County night club this past Saturday where he allegedly had a run in with a female at the club. Well, the female is now accusing Chris of assault. According to TMZ, the woman was badly injured, to such an extreme that she may require extensive surgery to get fixed up.

Deanna Gines tells TMZ … she was in the VIP section with Chris at Heat Ultra Lounge in Anaheim — where he had just performed.  When the bar was about to close, she claims Chris shoved her to the ground.  Deanna tells us, the shove was deliberate and she fell hard on her knees. Deanna tells us she filed a police report, and a rep for the Anaheim PD says a female did indeed file a report for assault inside the club, but the rep won’t disclose the name. Cops are investigating.

Deanna went to the hospital and medical professionals said that she had several torn ligaments and that her injuries might benefit from surgery. She will be getting more medical opinions in the coming days. Meanwhile, calls to Brown’s camp have not been returned — according to TMZ.

What do you think about Brown’s recent scandal?