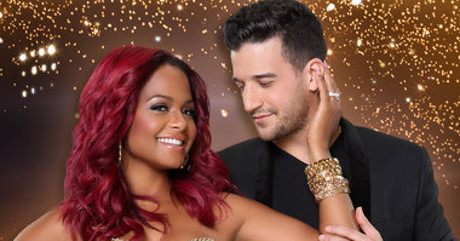 Christina Milian is one of the most famous introductions to the new cast of Dancing with the Stars, now in its seventeenth season. Christina has experience in theater, film, television, and music, although her most recent successes have come from television and music.

According to her official bio, “Milian is formally known for her role as the social media correspondent for the hit NBC show The Voice. She was also most recently seen in the television movie The Christmas Cupid, CBS shows A Gifted Man and CSI and recurs as the voice of Esther on Family Guy.

Milian also starred in the last installment of the popular Bring It On franchise in Bring It On: Fight to the Finish. Most recently Ms. Milian signed with Lil Wayne’s Young Money/Cash Money/ Universal label and is currently in the studio recording her fourth album. Milian’s musical career began when she signed to Island/Def Jam/UMG at the age of 18 and was quickly selected to sing the hook on Ja Rule’s No. 1 hit single, Between Me and You.”

Christina has since released more albums which have gone on to become worldwide smash hits, and she’s also become a businesswomen. She owns a company that sells E-hookahs and is also an equity owner in a brand called Viva Diva Wines.

Her partner on the show will be Mark Ballas, who’s been Dancing with the Stars since Season 5, and has previously won as well.

Will you guys be rooting for Christina and Mark, or another pairing? Let us know in the comments. All DWTS news and info, including more contestant bios, CLICK HERE.