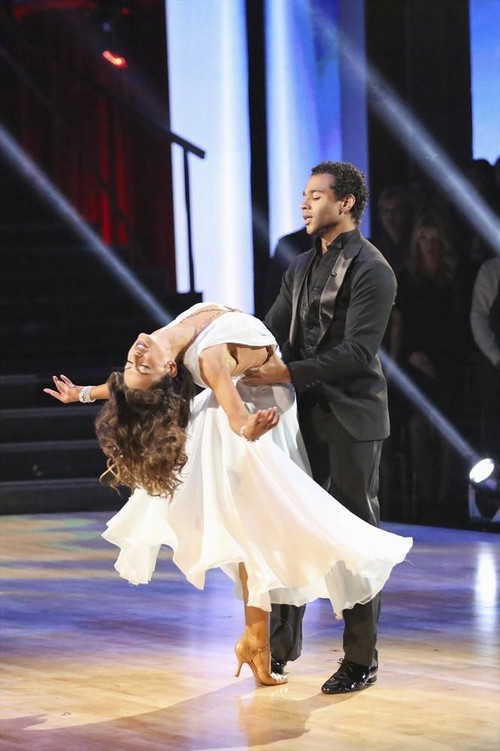 On tonight’s Semi-Finals of Dancing With The Stars the couples competed in two rounds of dance.  For his first round Corbin Bleu danced a Tango for a dance style he had not previously performed.  Check out Leah’s DWTS bio right here. If you missed tonight’s show you can read a full and detailed recap, right here.

On last week’s show Corbin was given a 28/30 for his Waltz. Carrie Anne said about his performance, “You both weren’t on your centers, you were a bit off.” Len “It is so expressive, it is like poetry in motion but I would have liked more in hold. Drive more on the heel in the slows, but a great number.”  If you missed any of last week’s performances, you can check out all the videos, right HERE.

Corbin Bleu and professional dancer Karina Smirnoff: dancing an Waltz. Corbin tweeted this about their dance tonight, “Wait till you see what me & @Karina_Smirnoff have for you on Monday night! #DWTS #semifinals #rumba #tango”

Judges Scores: Carrie Ann said: “That was hot, and I would like to see that again.”  Len: “It was too full on.  Tango is about calmness, and then attack, this was just full on attack.  As a Tango it wasn’t really my cup of tea..”  Bruno: You had so much drive, so much intent, so much passion, that it was almost untamable.” Maksim: “Content was amazing, and the fairy dust, whatever it was, was awesome.”