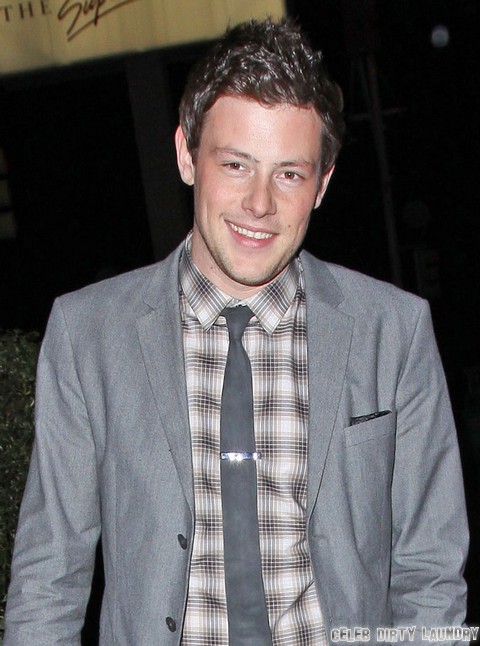 Last week we learned heroin and alcohol took the life of Glee star Cory Monteith. Fans, friends and family are looking for closure. They are asking themselves how this latest relapse could have happened. Mostly, they want to know if someone is responsible for Cory’s death.

Hollywood Life is reporting Cory felt a lot of pressure while living in Los Angeles to have a very clean image. He surrounded himself with people who were a good influence on him (including girlfriend Lea Michele) but Cory felt he had friends back home in Canada who understood him. His decision to go home ended up killing Cory instead of making him stronger in his sobriety.

A source close to Cory supposedly told Hollywood Life, “He would always hang out with the wrong crowd while in Vancouver. The clubs in Vancouver would send cars to get him to come in, and once he arrived, there were always people who could hook him up. His former dealers would always know when he was in Vancouver and would make fun of him for stopping taking drugs, which made him do it again to appear cool in their eyes. It was as if he owed them something.”

A source close to the situation supposedly told told Perez Hilton “You don’t have to look very far in Vancouver to find the person who gave Cory his heroin. There is a despicable individual … who claims he was a friend of Cory. Allegedly, he was the one who gave Cory the heroin, according to [people] close to him. Cory knew what he was doing but wouldn’t buy his own drugs, so allegedly he asked his … friend to score it.“

You might wonder why Cory would want to undo his hard work to stay sober by choosing to associate with enablers. Demi Lovato spoke out about Cory’s death saying he did not choose to die. She told People, “Promoters gave me drugs and alcohol in restaurants or clubs. They wanted me to come back so I would be seen there … Being a celebrity can be dangerous. Nobody says ‘no.’ That’s why so many end up overdosing and dying. It could definitely have happened to me. All it takes is one moment of vulnerability to get slipped into your addiction. It’s not a choice. Nobody chooses to use. He didn’t choose to die. It was the disease. It can creep up on you at any moment. It only takes one moment of relapse to potentially die. It’s really scary, but I’m really hoping that from this, people are able to see this is a very, very, very dangerous disease.”

The Vancouver police have closed the investigation into Cory’s death. This means the party who bought Cory the heroine will not be charged with any crime.  Isn’t buying and selling heroin illegal? So isn’t buying heroin for someone also illegal?  What are we missing here, Vancouver?