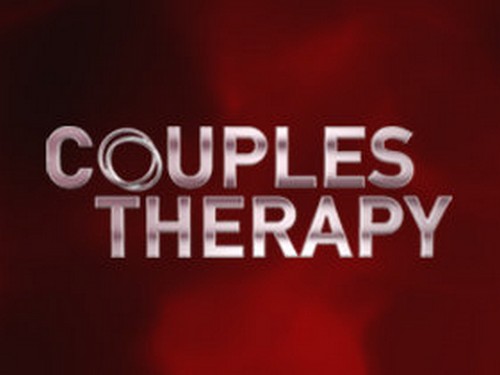 Tonight on VH1 COUPLES THERAPY returns with the season 3 finale.   On tonight’s show the couples discuss the fight between Joe, Heather, and Dustin. After Temple confronts Joe about his actions, he and Abbey decide to leave the house. CDL has an exclusive interview with Dr. Jenn about all the drama with Joe Francis right here.

If you have never watched the show before Celebrity Therapist Dr. Jenn Berman returned for a third season of Couples Therapy to once again face the intense task of helping a new group of celebrity couples fix their troubled relationships.

On tonight’s show Joe and Abbey decide to leave the house. The rest of the couples go on final dates to reflect on their journeys and discuss their futures. Dr. Jenn leads an emotional final process then mets with Joe and Abbey separately.

So don’t forget to tune in to our live coverage of VH1’s Couples Therapy tonight at 10PM EST.  While you wait for the recap, check out a sneak peek of tonight’s show below.

If you’ve tuned in to the last several weeks of Couples Therapy then you already know what a roller coaster ride it has been. The last episode ended with Joe Francis throwing water in Heather Marter’s face. He decided to start a fight for shits and giggles and began insisting that she and her boyfriend, Dustin Zito were low class. Once the water flew out of the bottle all bets were off and Dustin was ready to rumble. The sight of Joe running through the house to get away from Dustin was pretty hilarious and all of the other couples seemed to believe so as well. Needless to say, Joe and his girlfriend Abbey Wilson opted to leave the house rather than to deal with the fallout of his behavior. Dr. Jenn Berman will continue to work with them for the last day or so as out patients though.  Before leaving Joe tried really hard to get Temple Poteat to take his side. That was an epic fail as she proved that not only is she stronger than Joe, but she also wasn’t going to be controlled by him.

The last 24 hours in the house for the rest of the couples means therapy and individual dates. Dustin has been affected by the process and wants to do something to prove it to Heather. Flava Flav is making up for all of the flowers that he hasn’t bought for fiance, Liz Trujillo. The one couple struggling is Temple and Howard “Chingy” Bailey. It really does seem like he’s not even trying to connect with her and at this point, she’s really over it and ready to move on.

It’s kind of nice to see Catelynn Lowell and Tyler Baltierra realize that they are way too young to get married but that it doesn’t mean the end of their relationship. The two seem happy and at peace with each other. Meanwhile Liz and Flav have done a complete 180. At first their being together made no sense but somehow they’ve managed to find whatever it was that made them work as a couple in the first place.

Dustin gives Heather a bracelet at dinner that is intended to symbolize them starting completely over or getting back to the good part of their relationship. We already know that these two were in the house for less time than everyone else, but it really seems as though they made serious inroads to being a stronger couple.

Chingy and Temple head into their final session with Dr. Jenn and the writing is on the wall. They both seem to agree that they are better off as friends because the romantic side never seems to work out. Dr. Jenn has said that when things can’t work then she sees it her duty to try and help couples split in a respectful kind of way. Temple and Chingy manage to part ways as gently as possible as they realize that it’s just not meant to be.

The final group session with all of the couples together is a melting pot of emotion and all of the couples seemed changed for the better for having been here. Joe and Abbey come back for a session alone and of course Dr. Jenn addresses Joe’s bad behavior. He tries to say that he felt Heather and Dustin disrespected her and the therapy process and that’s why he threw the water. He admits it was a mistake. Whatever Joe. It’s hard to watch him praise Dr. Jenn in this segment knowing how he has spent the last two weeks vilifying her. Abbey on the other hand is just amazing. I think her eating exercise has bonded her to Dr. Jenn for life and She will continue to help Abbey after this show ends.