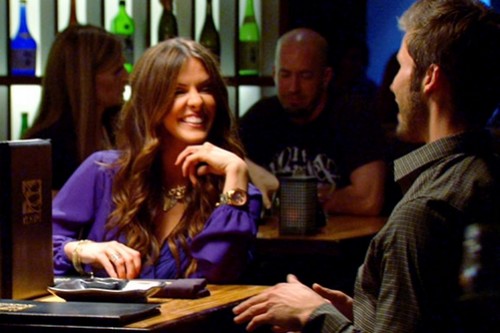 Tonight on Bravo COURTNEY LOVES DALLAS returns with a new episode called, “Courtney Loves Fashion.”  On tonight’s show Courtney goes to a party where she runs into her ex-boyfriend, Matt — the one she’s never really gotten over.  Did you watch last week’ premiere episode?  We did and we recapped it right here for you.

On last week’s show Courtney dealt with the pressure of losing her corporate job in retail, and took the first steps towards working full-time on her growing fashion-blog. With all of the stress of her drastic new career change, Courtney still finds time to go out on the town with her best-friend Tori, and explore Dallas’s singles’ scene.

On tonight’s show Courtney goes to a party where she runs into her ex-boyfriend, Matt – the one she’s never really gotten over. Courtney meets with a NYC jewelry designer about collaborating on an accessories line but thoughts of Matt keep drifting into her mind.

Tonight’s episode is going to be another fun packed one, which you won’t want to miss. So be sure to tune in for our live coverage of Bravos’ Courtney Takes Dallas Season 1 episode 2 – tonight at 10PM EST! While you wait for our recap, hit the comments and let us know how excited you are about the new episode of CTD tonight.

Courtney Loves Dallas picks up where we left off last week. Courtney and her friends are at a party, and Matt (Courtney’s ex) arrives. Her friends Annie and Torie don’t seem too thrilled to see him. Courtney reveals to him that she has quit her job and is now blogging full time. Matt acts like nothing ever happened between them, and Courtney is hurt that she didn’t get any closure from him.

The next day Courtney and Torie head to an exercise class. Her friends ask her about Matt, but she doesn’t want to talk to him. She reveals that she has been chosen by “D Magazine” (a local Dallas magazine) as one of the ’10 Most Beautiful Women in Dallas.’ Torie confesses that she gave her number to someone, and she is sending her on a blind date tonight.

After the gym Courtney and Torie head back to her apartment, and take a shower together. Torie gives Courtney a pep talk and then she leaves. Courtney’s friend Daylon arrives, with a bag of hemorrhoid cream. Courtney wants to look skinny for her magazine shoot, and she heard that hemorrhoid cream can take some inches off. Daylon helps her coat her entire body in hemorrhoid cream, and then wraps her in plastic.

Courtney heads out to lunch with a woman form a clothing company. She has pulled stats from Courtney’s blog, and wants to advertise on her site. Courtney is hoping for more though, she wants to form a partnership with them and model their clothes on herself on her website. She makes arrangements to head to their NYC office during fashion week and work on some concepts with the,.

Courtney rushes home to get ready for her blind-date that Torie set up for her. Jeff, her mystery date, meets her at the restaurant. Jeff reveals that he is “laid back and quiet” which is the opposite of Courtney. He is a real estate agent, and he was on American Idol, but he is really shy. Courtney isn’t really smitten with Jeff, she thinks he is too nice.

It’s time for Courtney’s photo-shoot for Dallas Magazine. She picks out an outfit and the photographer takes her outside and has her sit on a scooter. She nearly topples off the scooter, and then a woman approaches her and wants to know why she is sitting on her scooter. They head up to a roof and takes her pictures next to a pool. After the shoot Courtney looks over the pictures and she is happy with them. The article in the magazine is really going to help bring more traffic to her blog, which will overall help her new career.