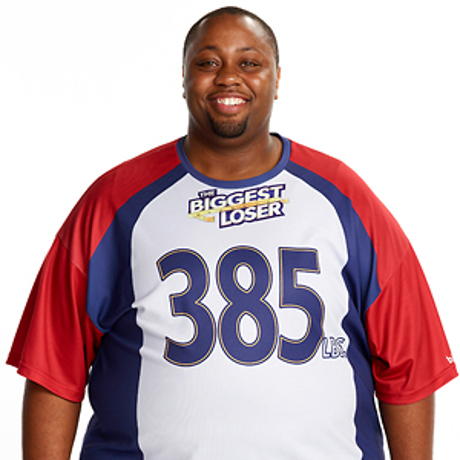 Meet Craig Arrington, a 30-year-old warehouse supervisor for a pharmaceutical company in Wilson, North Carolina. Craig has been dealing with weight issues since he was just ten, after his father died from a heart attack at the age of 32.

Craig explains that food was a comfort to him in the face of his loss, and he steadily gained more weight as the years went by. According to his bio, “Craig was born and raised in Rocky Mount, North Carolina, the oldest of three children. He enjoyed playing sports in high school, including weight lifting, basketball and football, and as an offensive lineman for the latter, he was encouraged to put on weight. After high school, Craig attended East Carolina University and graduated with a degree in business administration/management.”

His wake up call came when he was trying to have his first child, but the doctor reportedly told him that his weight was inhibiting his chances at conceiving. At 385 pounds and suffering from hypertension, Craig has one child [and will have another in the fall] that he hopes will never remember him overweight.

He also adds that, while he loves to cook and travel, he looks to inspire his family to stay healthy and wants to be able to hike up Pike’s Peak in Colorado when he gets in shape.

Craig has some strong motivation in the form of his daughters, and although he’s managed to have children already, he knows that he needs to lose weight to stay healthy for them.

Will you guys be rooting for Craig, or do you have another favorite? Let us know your thoughts in the comments. For more Biggest Loser news, click here.