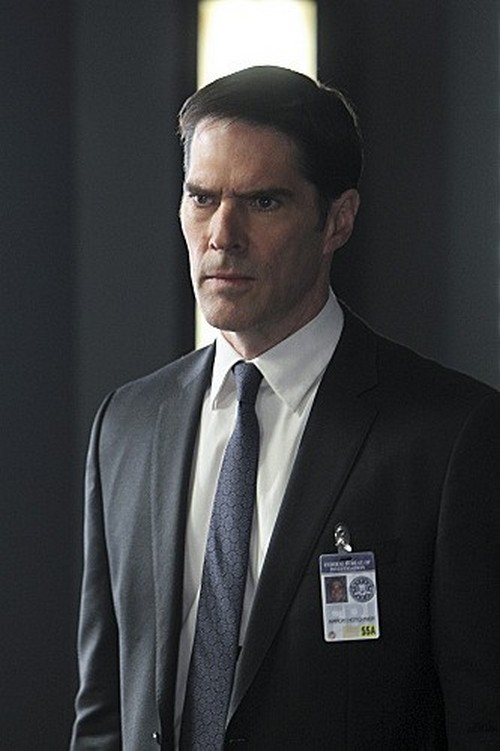 After a two week hiatus, tonight on CBS CRIMINAL MINDS returns with a whole new episode called, “Broken.”  On tonight’s show it takes our profilers to Austin, where victims have been found with their watches set inaccurately, a clue that may connect the crimes together.  Reid thinks that the times could point to the next abduction.

If you have never seen the show before, Criminal Minds revolves around an elite team of FBI profilers who analyze the country’s most twisted criminal minds, anticipating their next moves before they strike again. The Behavioral Analysis Unit’s most experienced agent is David Rossi, a founding member of the BAU, who is essential in helping the team solve new cases. The BAU team is led by Special Agent Aaron Hotchner, a strong profiler who is able to gain people’s trust and unlock their secrets.

On last week’s show when the daughters of Bruce Morrison, a writer whose wife mysteriously vanished a year ago, went missing on the anniversary of their mother’s disappearance, the BAU was brought in to study Morrison as a possible suspect.

On tonight’s show the Behavioral Analysis heads to Austin to investigate victims found there with their watches set inaccurately, a clue which may connect the crimes. Meanwhile, the UnSub stalking the BAU inches closer in his pursuit of the team.

Tonight’s episode begins with a college student, Michelle Bradley disappearing from a bachelorette party. She was last seen outside in the parking lot getting busy with a guy in a cowboy hat. When he couldn’t perform she tried to get away. Instead she was slammed into his truck.  Her body was later found stabbed 40 times in a desolate area. The team connects this killer to two other murders and starts to back track.

A kid named Craig was the second victim and Blake decides to talk to his roommate. Craig  was gay and according to photos, he and his roommate Will were pretty close. Craig was at a gay bar the night he went missing. Will assumed Craig was the vistim of a hate crime and didn’t want his parents knowing.

The guy with the cowboy hat hooks up with a guy from the gay bar and later they sit and talk. He is beating himself up because men are supposed to be with women and what he just did is not okay. The guy turns up dead shortly thereafter and his name is Doug, an accountant from Boston. Reid realizes that every body is found wearing a watch set to the time 6:22.  They put together a profile of a man in his late 20’s that is trying to repress his gay tendencies. They realize the time is actually a reference to a biblical verse in Leviticus that is against men lying with men.

Blake starts looking at religious places for gay teens to be placed and they find Camp Willing which aims to teach kids to reject their gay urges. Basically the kids are stripped of everything that makes them unique and they are given watches to remind them of the “advanced therapy” goal.  There are padlocked doors at the conversion camp and the team needs to go back with a warrant.

Paul is the killer and he and Doug went to the camp together.

Aaron tracks down a prostitute now imprisoned for child molestation. He realizes that she molested the boys at the camp while their parents watched. Paul has flashbacks to being in a room with the hooker, Isabella Grant and his father. He drags his friend Mitchell with him to go and get revenge on his father.  Paul starts firing shots as the FBI team bursts in. Morgan manages to convince Paul to put down the gun rather than shooting himself.

Paul spills the beans on Camp Willing and it is shut down with many of the staff arrested. Tune in next week for another case on Criminal Minds.