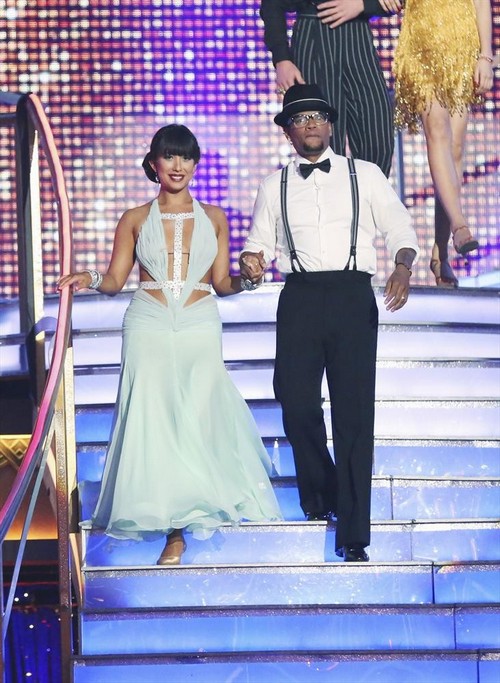 D. L HUGHLEY danced a SALSA To Sex Machine by James Brown, on the third episode of Dancing with the Stars: 2013 performance show tonight. The competition continued as the 11 remaining couples cut a rug by performing everything from a Viennese Waltz to the Paso Doble.  If you missed the show, we recapped tonight’s show for you and if you want to see how all the couples did go HERE!

Adding to the excitement, viewers will be able to crown their celebrity “Prom King” and “Prom Queen” by voting on Twitter. The winning couple will receive bonus judges’ points and be revealed on “Dancing with the Stars the Results Show.”   If D. L is your choice for Prom King just tweet hash tag #prom followed by the first name of the star of your choice.  So in this case tweet #Prom #DL

Judges’ Comments:  Len: “Well DL if you are a sex machine, I am America’s Next Top Model.  I admire your spirit, but this was not a salsa.  It was as untidy as a teenager’s bedroom.”  Bruno: “I appreciate an effort but Salsa is slinky.  You have to get the hips going, it is all in the hips.”  Carrie Ann: “DL  you are making baby steps, I see the improvement.  I would like to see you go to a club and let loose.  I see the improvement.”

Watch the video below and let us know what you think? Do you think D. L did enough to avoid elimination this week? Sound out in the comments below!