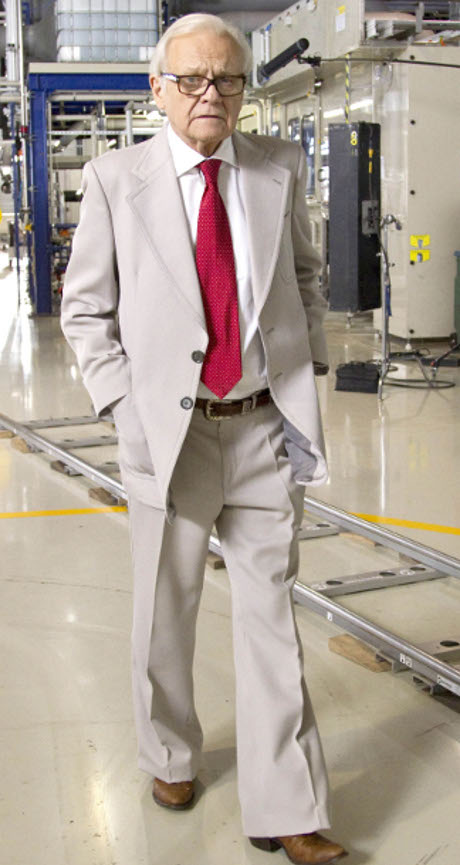 Sometimes old demons become new again. Dallas star Ken Kercheval found this out the hard way on December 27th. The 77-year old actor showed up for a chat on London’s morning Breakfast show and with just a few minutes to go before air time, producers realized that Ken was most definitely sloshed. The actor was slurring and unsteady on his feet. He was in great spirits according to the latest GLOBE print edition. The problem was that he was so drunk that nothing that he said even remotely resembled the English language and eventually producers convinced the star to go and sleep it off.

Apparently Breakfast had been anxious to have him live because Ken was starring in a Christmas stage show over the Christmas holiday in Manchester. Instead they got an aging actor that was just a little too spirited for morning television audience.

Ken has had a long running battle with alcoholism with various tumbles off the wagon here and there. He appears to be one of those people that gets it together but simply can’t keep it that way.  His character, Cliff Barnes, has been an integral part of the rebooted Dallas. His character has always been closely connected to Larry Hangman’s JR Ewing so you have to wonder what the shows powers-that-be have in store for him. Plus if the actor isn’t sober and can’t show up and do his job as a professional then it’ll be interesting to see if Cliff Barnes is simply phased out, at least for awhile.

Do you think this was just a stupid slip on Ken’s part or is he drinking heavily again? Is another rehab trip in the actors future? Tell us your thoughts in the comments below! Is Dallas one of your fave shows? What should be done to stop all this Ken Kercheval drunk behavior?