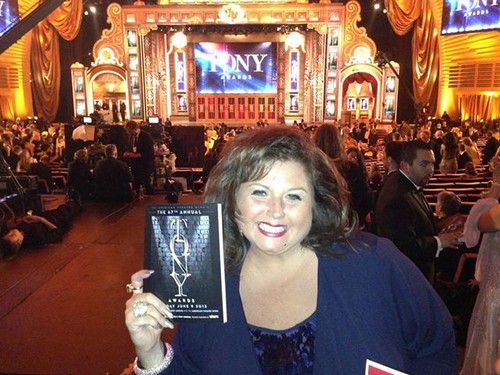 DANCE MOMS continues tonight on Lifetime with a whole new episode and it is the “Two Girls, One Solo.” On tonight’s show after last week’s big fight, Christi and Kelly come to the realization that their friendship will never be the same again. If you missed the drama of last episode, we have your recap right here.

On last show Abby plays matchmaker setting Brooke up with the senior dancers. After patching up their friendship, Kelly and Christi faced a point of no return when they argued again. Cathy readied her team to take on the Abby Lee Dance Company but discovered there’s a rotten apple amongst the bunch.

On tonight’s show Abby’s decision to have Maddie and Chloe dance the exact same solo shocks the moms and promises to finally prove who is the best dancer at the Abby Lee Dance Company. After last week’s big fight, Christi and Kelly come to the realization that their friendship will never be the same again. Meanwhile, the theme of this week’s group number brings out painful memories for Abby and the moms.

Tonight’s episode is going to be another drama packed one, which you won’t want to miss. So be sure to tune in for live coverage of Lifetime’s Dance Moms Season 3 “Two Girls, One Solo” — tonight at 9PM EST.

Abby is smiling at people. She is after all happy to have beaten her rival recently. Abby is welcomes back a dance student, Asia and her mom. She’s not angry but she’s not that cheerful. The pyramid comes out. Asia is on the bottom and everyone gets criticism except for the triumphant stars from last week.

This week Abby has created a dance dedicated to people fighting cancer. Something that’s very close to the heart for some of the moms that have lost loved ones. Before the moms are dismissed though, Abby takes them to task for causing a spectacle during practice.

The drama between the moms isn’t going anywhere. Kelly and Christi refuse to even look at each other while the other moms try to broker some peace. Separated, each of the women blame the other for their epic fall out.

Maddie and Chloe are each given solos but the exact same solos. Abby does this on purpose in order set straight Christi. But with the moms already fighting this may just intensify situations.

The moms are upset. Christi doesn’t want her daughter doing a routine that was made for someone else. All of the other moms don’t like it either. Kelly defends Chloe because she knows one of the girls will be upset in this competition between each other. Another problem is when Asia’s mom is able to go down to watch her daughter up close while other moms have to stay in the waiting area.

Christi and Jill decide to spy on Melissa’s s kids because they feel her children get in extra practice time. They’re surprised to have been right. They spot the coordinators’ cars in the parking lot so Jill goes in to takes footage. She manages to catch Maddie on video.

Abby is telling Maddie and Chloe that they were given the same solos in order to prepare them for future careers. Also because Chloe’s mom always has something to say when Maddie comes in the lead. The girls practice individually with the other turned to the wall. None of the moms agree with that.

Abby needs the ribbon for her ribbons dance so she sends Christi and Kelly to prepare it together. They do it but still don’t acknowledge each other during their joint task. Afterwards Abby calls in everyone to have open hearted talk about cancer. She opens and tears up about losing her dad. Asia also tears up because her dad lost his dog to cancer as well.

It’s the day of the dance competition. Kristie, Asia’s mom, has already gotten snarky about Mackenzie. Who just happens to be up against her daughter. Asia and Mackenzie both do well but Abby does take Asia to task for lip-synching her song.

Both Chloe and Maddie are up next. While Chloe perform beautifully, Maddie messed up her turns and knows it. The moment she comes off stage she begins to take it out on her sister Mackenzie.

Abby is asked if her experiment went well. She believes it did. Christie and Jill then confront the issue that Melissa has her daughters getting extra practice. Melissa is denying it and before everything implodes, Abby puts an end to it. She tells them Maddie could learn the dance in an hour and they all know it. Right now everyone should focus on the group dance. Kelly tells her kids to do the dance for her dad who also has cancer. After the dance is over, Kelly gets teary and Christie goes over to comfort her.

The awards are given out. Mackenzie won second to Asia. Maddie won second to Chloe. Maddie is sad backstage and in the audience Abby expresses her shock in front of the moms that Maddie didn’t win.

The night’s surprise however is that Maddie actually did win. The director of the competition came in and said there was a mistake. How did they catch their mistake? Abby brought it to their attention.