BY Cate Meighan on May 12, 2013 | Comments: one comment
Related : Dancing With the stars, Dancing With The Stars Season 16, Reality TV, Television, The Voice 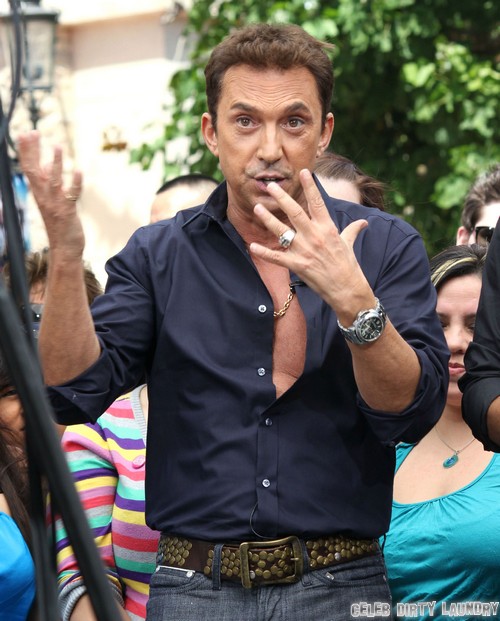 Longtime Dancing With the Stars judge Bruno Tonioli is lashing out at NBC for daring to give his unscripted reality show some serious competition. The network dared to put The Voice on up against DWTS both nights each week and the singing competition is killing everything in the ratings, including DWTS. According to the May 20th print edition of GLOBE, Bruno called the move “stupid” and thinks that it’s completely unfair to make fans of both shows have to choose between them.

Maybe I’m wrong here but isn’t that how it’s usually done? Networks like to place their power house shows against another networks power house to try and snag viewers. The Voice is winning this time slot battle. I have to wonder if Bruno would be so worried about the poor viewers having to choose if DWTS was winning the ratings war!

Ironically enough the show that should really be making noise doesn’t even seem to have the strength left to whimper over numbers. Of course I’m talking about American Idol. The Voice has completely blown it to bits this season and it’s starting to feel like no one really cares. Idol should have wrapped up before it turned into a punchline. There are rumors that all 4 judges will be cut after this season in order to revamp it yet again. I’m thinking it’s time to let it go once and for all.

Likewise DWTS has been on for a long time and has enjoyed a great run. Obviously it’s not over yet but eventually it too will reach the end of its life cycle. Maybe Bruno should be happy that The Voice is killing his show by a relatively small margin. That means an awful lot of DWTS fans are still tuning in each week regardless of what else is on. Do you care that the two shows are pitted against each other – in any case Celeb Dirty Laundry recaps both for you each week LIVE! Tell us your thoughts in the comments below!