Dancing with the Stars Season 17 Premiere Sneak Peek Preview & Spoilers: Which Dance Styles Will Kick Off The Season?

BY Nicholas Sanford on September 14, 2013 | Comments: 2 comments
Related : Dancing With the stars, Spoiler 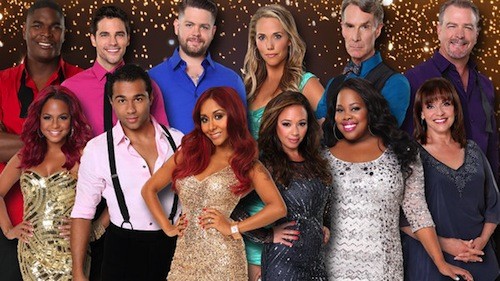 Dancing with the Stars is coming back for its 17th season and there’ll undoubtedly be some fast and dizzy feet (and lots of panting). We already clued you into this season’s celebrity/pro dancer pairings, but in case you missed the announcement, your Dancing with the Stars season 17 cast includes . . . .

We just heard that “The premiere episode will kick off with a spectacular opening number featuring the entire cast. Each couple will then perform a Cha Cha, Foxtrot or Contemporary routine, vying for America’s vote for the first time.”

Are you looking forward to this season of DWTS? Who do you think will take home the coveted Mirrorball Trophy? Perhaps it’s too early to tell, but there are definitely some good dancers in the mix, so it’ll be great to see who goes the distance.