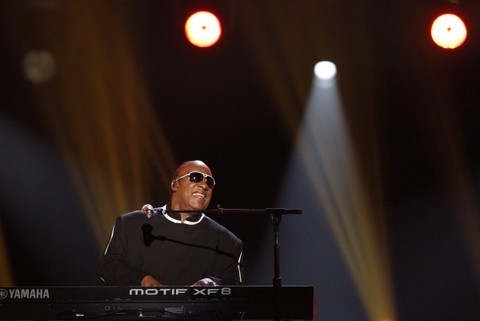 What better way to kick off the competition with our top two dancers leading their own teams with the eight remaining contestants. America’s sweethearts Zendaya and Kellie Pickler will be captains of their teams this week. Zendaya will lead Team Paso Doble while performing to “Higher Ground” and Kellie will captain Team Samba while her team dances to “Superstition.” Kellie’s team will include: Kellie/Derek, Andy/Shama, Aly/Mark, and Sean/Peta; Zendaya’s team will include: Zendaya/Val, Jacoby/Karina, Victor/Linday, and Ingo/Kym.

It is interesting how the top dancers this season are Zendaya, Kellie Pickler, Aly Raisman, and NFL player Jacoby Jones and how “Dancing With the Stars” have split them up among the two teams. This will be one interesting competition and a fight for the number one spot. Andy and Victor have found themselves at the bottom of the voting before and are the worst dancers left on the show. They have been at the bottom this season and should not be surprised when they end up there again.

The team competition, although important, will not be the only dance the stars will perform tonight on the show. With many of the dances already performed by the stars they will perform individually as listed: Ingo and Kum/Tango, Zendaya and Val/ Cha Cha Cha, Aly and Mark/Foxtrot, Sean and Peta/Samba, Kellie and Derek/Quickstep, Victor and Lindsay/Rumba, and Jacoby and Karina/Quickstep.

I think Andy’s and Victor’s time has come and although Andy and Sharna’s dance has not been revealed Victor will more than likely Rumba his way out of this competition but anything can happen when America’s votes play such a large part in the results process.

A new twist this year with “Dancing with the Stars” will be fans tweeting for which team (Zendaya’s or Kellie’s) they want to perform the encore performance on Tuesday nights elimination show.

Let’s all watch Dancing With the Stars Monday night, April 22, at 8 p.m. ET/PT, on the ABC and enjoy our super live recap and dance videos here at Celeb Dirty Laundry. Stevie Wonder, Will.i.am, and Olly Murs will perform live Tuesday night April 23rd, so tune in then to our live elimination recap and let us know if your star was saved by America. Who do you think is most in danger of getting voted off this week? Will you be watching? Share your comments below with us!