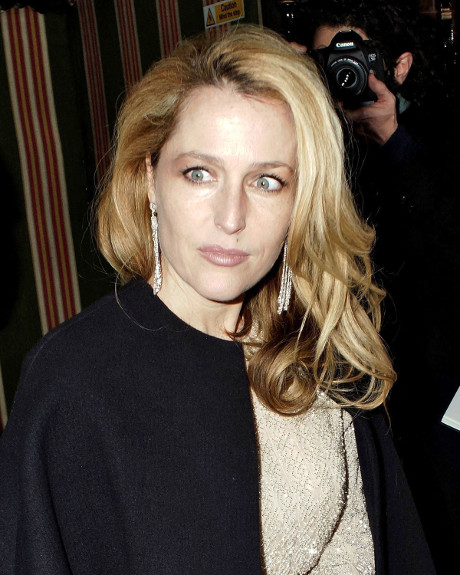 Are X-Files fans going to get the glorious reunion they’ve been waiting and waiting and waiting for? Will David Duchovny and Gillian Anderson have a romantic hook up at this year’s Comic-Con? While reports haven’t confirmed the full list of attendees, we have gotten word that the show will celebrate its 20th anniversary by hosting a special panel.

The panel will include all stars such as creator Chris Carter, as well as writer/producers David Amann, Vince Gilligan, Howard Gordon, Darin Morgan, Glen Morgan, John Shiban, and Jim Wong. But that’s not all. There will be other guests, too. Those, however, are being kept under wraps.

Gillian Anderson’s representatives have confirmed that she will be attending most likely. When Entertainment Weekly reached out to Duchovny ‘s team, no confirmation was given. But you know what that means X-Files fans . . . . they want the reunion to be extra special and laced with a bit of surprise!

I guess we’ll just have to wait to see whether or not David and Gillian have a smooch-fest at Comic-Con. Mulder and Scully better not let us down!