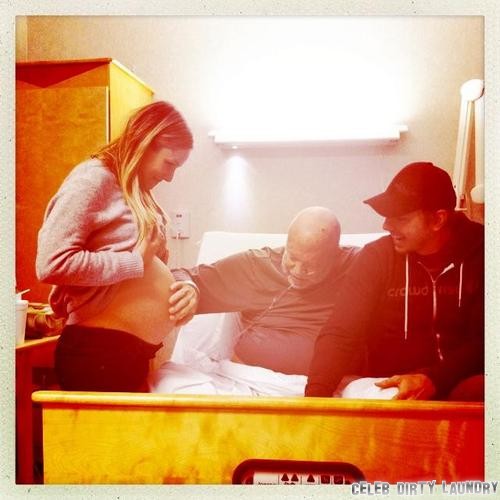 Comedian Dax Shepard penned a really heartfelt and touching tribute to his late father on his official Tumblr page. It’s sad and heartbreaking, really. Seriously, if you could get through the entire passage dedicated to his father, Dave Robert Shepard, Sr. and do not shed a tear or feel some semblance of emotion, then you don’t have a heart.

Dax’s father passed away on New Year’s Eve and while they didn’t share a lot together during the course of his life, but they chose to make Dave’s cancer a shared project. They handled all of the details together, as a team. He wrote:

He was dead at 62 years old. Small cell carcinoma was to blame. It originated in the lungs and then travelled with great speed to all corners of his body.

I had been back to Detroit just six days before and was disappointed I couldn’t be with him at the actual finish line. We were partners. We had taken on this cancer project together. He chose me to deal with all the doctors and creditors and landlords. It was the only project we ever teamed up on. We never built a tree house or a soap box derby car together, but you would have never known it by watching us tear through chemo decisions and radiation plans. We were two great minds with one single thought: get into the end zone gracefully.

Dax spent time with his father in the end, but was not there for his final breaths. Prior to his father’s passing, Dax notes that his wife, Kristen Bell, came in to surprise Dave with a special connection to their future family member:

At one point, and unbeknownst to both of us, my wife walked into the room. She had flown in from LA without any warning. It was a surprise. It was an amazing, incredible, perfectly timed surprise. She lifted her shirt up and he put his hand on her swollen stomach. He left it there for the better part of an hour. He was smiling from ear to ear, sitting contently, unable to put together a sentence, but still capable of connecting to the new family member we were creating. He wasn’t going to make it to the birth, but that didn’t get in the way of him meeting the new baby. It was an emotional and triumphant moment. One I will never forget. If I live to be a thousand, I will still be in debt to my wife for giving him that one last thrill.

You can read the full blog post here, if you dare…but remember to have some tissues handy…