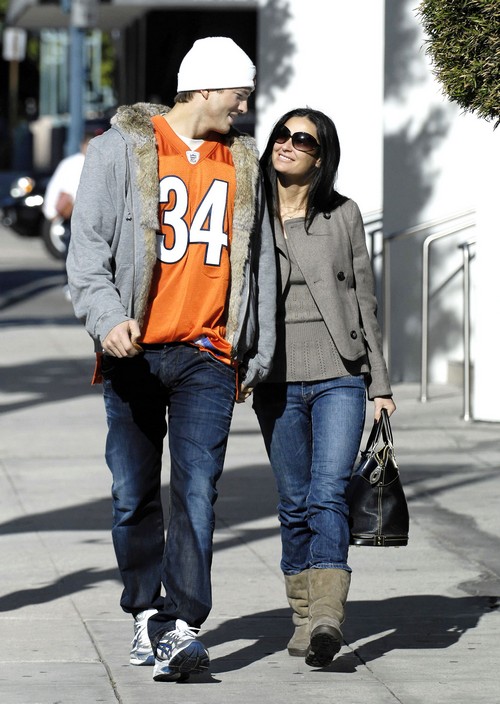 Well it only took two years and lots of battling but it looks like Ashton Kutcher and Demi Moore have finally settled their divorce and both of them are ready to sign on the dotted line. Ashton and Demi split in November 2011 and the two have been battling ever since.  It all became very contentious when news broke that Ashton was man- whoring around on his wedding anniversary with Sara Leal.

Demi went into a tailspin allegedly partying, drinking, not eating and drugging it up.  Meanwhile Ashton moved on from banging Sara Leal to his one true love Mila Kunis.  Once Ashton and Mila decided they were in love, Ashton wanted a divorce stat.  But Demi said, “Wait a second!”  She decided if she couldn’t get even – she would do the next best thing and get him where it hurt, in the pocketbook!  Demi started to make outrageous demands for spousal support and lots of $$$$.  She wanted a King’s ransom to sign on the dotted line.  And why not? Ashton who is one of the highest paid men on television is rolling in the dough and Demi wanted her share.  Toy boys are expensive and she wanted to audition for her next one.

According to Page 6, “There had been lengthy negotiations between lawyers for both sides about the financial settlement — in particular, how much he owed her from their marriage.  They have finally come to an agreement that was acceptable to all sides.”

The couple have reportedly both finally signed their divorce agreement and the papers are about to be filed.  It is only a matter of time before they are officially divorced.

What do you think CDLers, will Ashton Kutcher and Mila Kunis be rushing to the altar as soon as his divorce is final.  Thoughts?