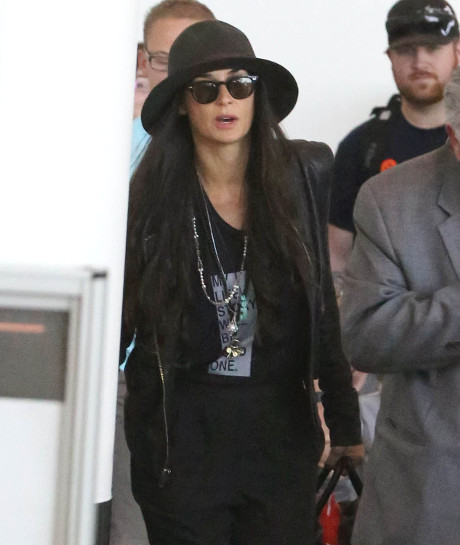 Demi Moore is dating Peter Morton, the billionaire father of her ex-boyfriend, Harry Morton. According to a new report from Grazia, Peter and Demi “have been seeing each other up to three times a week.” The source also tells Grazia, “Demi says that thanks to Peter, her toy boy fascination could be over … at 66, she never thought he’d be her type, but she really likes him. It’s a bit strange, but ultimately Harry is happy if they are.”

Well, Demi seems to swing wildly on either ends of  the spectrum. Nobody her own age please, but anyone below 30 and anyone above 60 is completely fine. To be fair, Harry was a lot closer to her age than any of her most recent ex-boyfriends, including Ashton Kutcher.

Apparently, Demi’s daughters are also happy that she’s taking her mind off Ashton Kutcher and moving on with her life, even if the man is much older. The source adds, “The girls are glad Demi is dating someone older than herself for once. They met Peter at a recent party at his Beverly Hills home and they think he’s charming.”

I do have to wonder if Demi looks at this as a serious relationship. It’s not easy to maintain relationships when you’re constantly in the spotlight, and it’s especially weird to date the father of your ex-boyfriend. No matter what the ‘source’ says, I’m sure Harry feels weird about it.

What do you guys think about Demi dating 66-year-old Peter Morton? Let us know your thoughts in the comments.