Demi Moore’s Anti-Aging Treatments Costing Her Thousands, On The Hunt For A New Boy Toy! 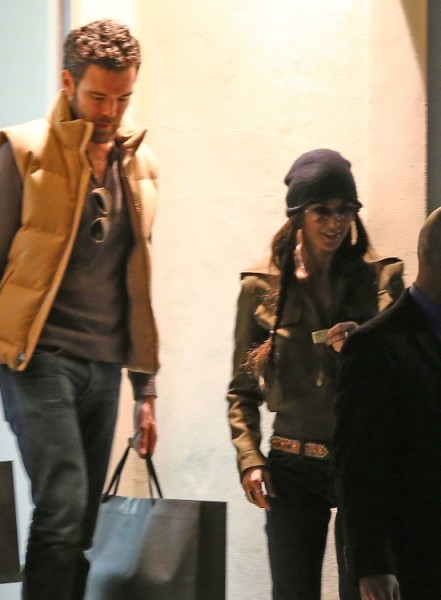 I don’t know why I love these Demi Moore anti-aging stories so much. I just do. I think it has something to do with my overwhelming love for G.I. Jane. That’s just a quality movie and Viggo Mortensen’s super hot in it. If you don’t remember him in it then definitely sit through it this weekend. It’s worth it. So I’m a Demi fan for life and hooked on her comings and goings. And I’ve been harsh lately. I feel like all I’ve been doing is lecturing her. I’m done with that. Demi’s a grown ass woman. If she wants to date 20-year-olds then good for her. If she wants to shell out over $70K to look younger for them then awesome. If it makes her feel better and gets her off Ashton Kutcher’s lame ass then I’ve made my peace.

Besides, it’s not like Demi’s not trying. She’s got the right idea… sort of. Per Now magazine, Demi’s hitting up all the non-surgical (whatever) procedures in Hollywood looking for the newest fountain of youth. She’s fixated on getting her love life and her career back on track in 2013. Yea for us! Unfortunately she wants another younger dude but I’ll take this one step at a time with her. Listen, we all know Demi’s not going to be writing a self help column for Ms. magazine anytime soon but the fact that she’s trying to do anything again is comforting.

All I can think about right now is Courteney Cox’s recent interview though. She’s on the cover of New You this month being pretty candid about her thirst for staying youthful. She’s about the same age as Demi and looks incredibly similar thanks to plastic surgery. Demi Moore looks better though, right? Despite all that Demi’s had done (and it’s reportedly a lot) she never looks like it. Courteney, on the other hand, has got that tightness to her face indicative of one too many tweaks. Still, she looks great. I’m just pointing it out because I’m a little biotch. But I think Courteney gets such a pass because she’s so honest. Why can’t Demi just be honest? To this day I’m pretty sure she denies any plastic surgery. Maybe she’s telling the truth… but she’s probably not. I’d respect her so much more if she was like “You know, aging kinda sucks. I’ve got the money and the science so why not? It makes me feel better about myself.” Instead she stays uber quiet and we get these tabloid stories reporting she’s killing baby chickens and massaging her skin with their blood all for the sake of finding a new younger man. Maybe she doesn’t care what they say. But, come on. We know she does. You don’t agree to a People cover announcing your heartache unless you care. Damn it. I promised myself I wasn’t going to lecture her. Well, Demi and I both have got some work to do this year.