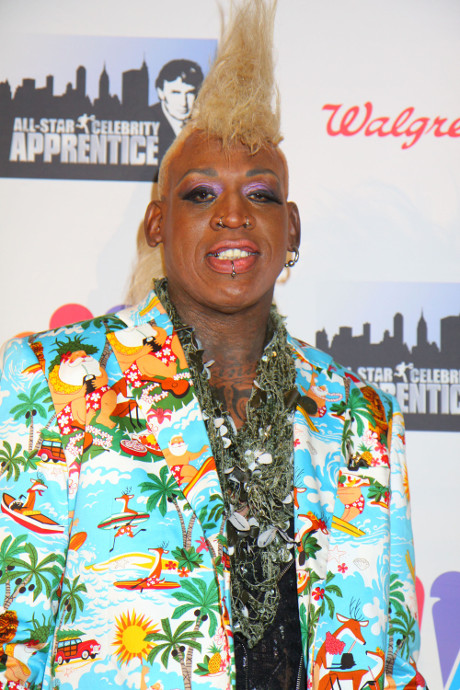 Dennis Rodman may find himself in trouble with his new best friend, Kim Jong-un, North Korea’s dictator. Apparently, he accidentally revealed the name of the secretive North Korean dictator’s daughter, which is a a big no-no. Sadly, for Dennis, this might mean his future trip to the depleted and starving country won’t be as great as his previous experiences.

“I held their baby Ju-ae and spoke with Ms Ri [Sol-Ju, Kim’s wife] as well,” Rodman said. “He’s a good dad and has a beautiful family. Kim told me, ‘I’ll see you in December.'”

Oh that’s so sweet. Although I’m sure the general population of North Korea would have been arrested and never seen again if they blabbed about those details. The basketball player has claimed that while visiting he was trying to get his new friends interested in a potential basketball game between North Korea and the U.S.

As for Kenneth Bae, Dennis did at least come out to say it wasn’t his job to release the guy. That should be left up to officials while he plays with the dictator’s baby. I guess he found “Hide and Seek” to be more appealing than civil liberties. Thanks, Dennis, I’m sure sure you’re an American treasure deep deep d-e-e-p d-e-e-e-e-p down.