Desiree Hartsock And Chris Siegfried’s Poetry Book “Diamonds and Hearts” – Do You Laugh or Cry? 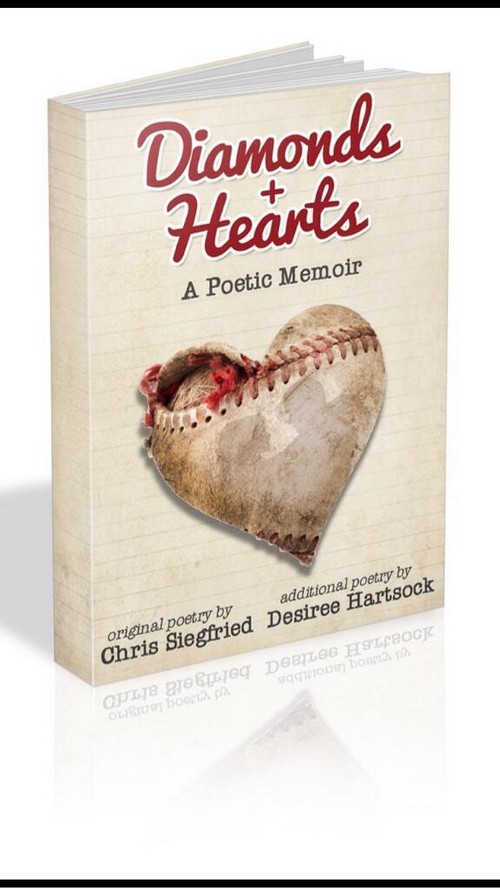 Desiree Hartsock and Chris Siegfried are capitalizing on their showmance in a monetary form, and they have taken to selling a book of poetry called ‘Diamonds and Hearts – A Poetic Memoir’. Since fans, for some weird reason, loved all the poetry Chris wrote for Desiree on the show, Desiree and Chris’ official explanation was that it would allow the fans to relive their time together. Of course, the unofficial [and true] explanation would be that they knew this isn’t going to last much longer, so they’re trying to make as much money off it as possible.

I don’t blame them. They’re thinking like business people. Desiree so obviously doesn’t care about Chris it’s kind of hilarious. I mean, the finale was a dead give-away that she was just settling, and she knew that it wasn’t something that was going to last. And Chris isn’t an idiot, he knew Brooks was the first choice.

So I’m guessing that they probably have some sort of unofficial agreement with each other on what happens in the future – or more specifically, when they’ll break up. But until then, what’s stopping them from making a little money? And of course, they’re increasing incentives for fans by adding in a signed copy for those who buy the more expensive print version.

Savvy. You know, I think it’s actually hilarious that Desiree has decided to move to Seattle with Chris. If these two last, I’ll eat my socks – which is why it’s amusing that she’s willing to make such a drastic change for a relationship that isn’t going to last. Oh well, they have to keep up the facade, right? Can’t be breaking up so soon, and they have to at least give the idea that they’re trying to make it work.

What do you guys think? Will you be buying one of these books? Let us know in the comments.