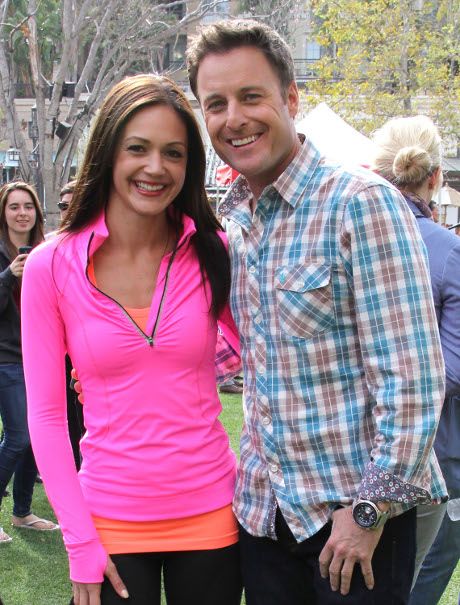 The 25 eligible bachelors that were cast for the current season of The Bachelorette were thrilled to get the gig, until they found out who they would be vying for! Desiree Hartsock had her heart broken by Sean Lowe when he sent her packing from his season as ABC’s Bachelor and the network decided that she would be a shoe-in for their next run of The Bachelorette. It seems they totally missed the mark though because the ratings aren’t as good as they should be.

Even worse, according to the June 17th print edition of STAR magazine, behind the scenes the guys were miserable. They collectively thought that Desiree was really boring and not nearly as sexy as some of the girls that they could be dating back home. It went from trying to find love, to trying to get the final rose because hey — 15 minutes of fame would be pretty cool and rather lucrative.

Sources behind the scenes thought that it was pretty impossible for any of these guys to have formed a real connection with Desiree because it just wasn’t possible. Have you tuned in to the show yet? Are you a fan of Desiree’s or do you also think that ABC’s producers got it all wrong this time around? If this season is yet another bust will the show return? I mean it’s intended to help people find love but it rarely has accomplished its’ mission!

Do you think The Bachelor/Bachelorette franchise is beginning to wind down? In the beginning I think they had an audience because viewers wanted to believe that it could work but as the seasons have played out it has become a whole lot harder to invest in that, don’t you think? Tell us your thoughts in the comments below!