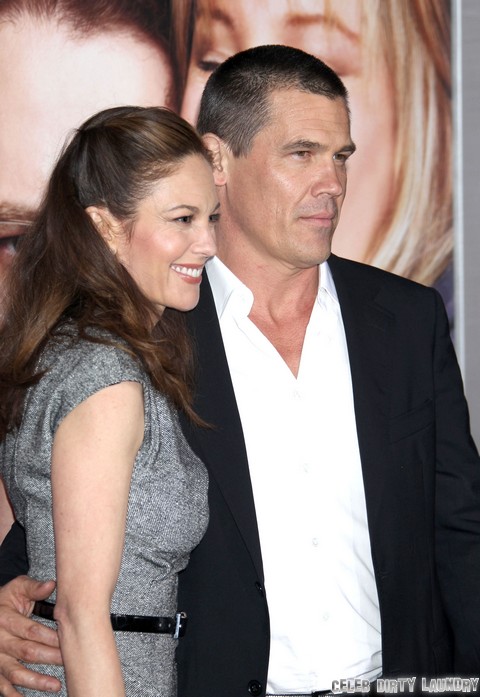 Josh Brolin and Diane Lane are officially divorced, months and months after Diane first filed the divorce papers. Diane and Josh both got married in 2004, and Diane legally took the name ‘Diane Lane Brolin’, but that obviously didn’t last.

Diane cited ‘irreconcilable differences‘ as the reason for the divorce, and although most celebrities use that excuse, it was legitimate in Diane’s case. Josh Brolin has been called everything from a drunk and alcoholic to abusive asshole, and his actions have only reinforced that image. Imagine – if he’s like that in public in front of photographers and paparazzi, what he’s like at home? There were rumors that he was abusive towards Diane, so it’s a good thing Diane filed for divorce and is getting out of that relationship, once and for all.

In fact, it really looks like Diane’s trying her best to severe all ties to Josh, including getting rid of the Brolin in her last name. She’s also NOT seeking spousal support from Josh, and they reportedly have a ‘private’ financial arrangement, probably something that requires minimal interaction and communication between them.

With everything said and done, it’s possible Josh truly is trying to change. He’s currently in rehab for alcohol addiction, after several back-to-back drunken incidents that made the front page news. He probably realized that after his marriage broke down, his career was next, and he’s now trying to salvage what’s left of his life.

What do you guys think of Diane Lane’s and Josh Brolin’s divorce being finalized? Do you think Diane made the smart choice in leaving Josh? Let us know your thoughts in the comments.