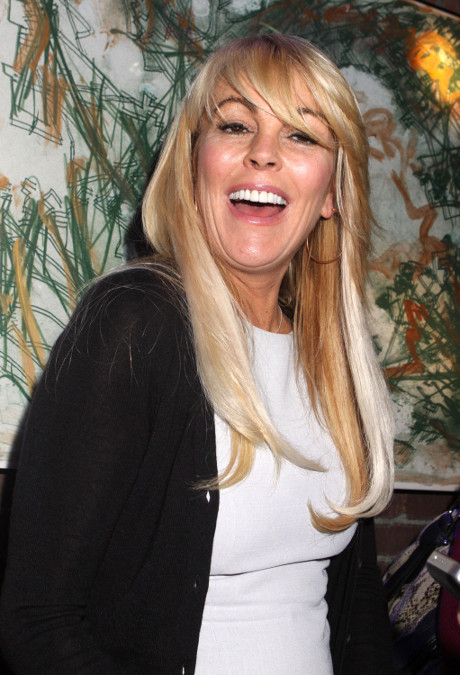 Unfortunately, the matriarch from hell ended up disproving one of the many excuses she would give for Lindsay. Don’t know if many remember, but way back when Dina was a guest on Dr. Phil, they were supposed to talk about her daughter in a rational manner, but it went wrong right from the start. Why? Right there on camera, Dina was obviously drunk.

She had the giggles and her speech was slurred. My sympathy went out to her children at that point — having a drunk for a mother is no fun. When Dr. Phil tried to confront her with Lindsay’s mile long rap sheet, Dina claimed that half of the charges/orders against her would be gone if she stayed in New York. Never mind that Lindsay’s NYC record is just as long as the one she’s incurred in  L.A.

Now its mom’s turn to get arrested in NYC. You see, Lindsay was a mess. But she turned into a monster the moment Dina decided to party with her teenager instead of keeping her away from nightclubs and underage drinking. Dina is the one that sinks people around her to the famewhoring drunk level. The only way for Lindsay to stay clean and sober is to cut all ties with her mother. That trick is bad news.