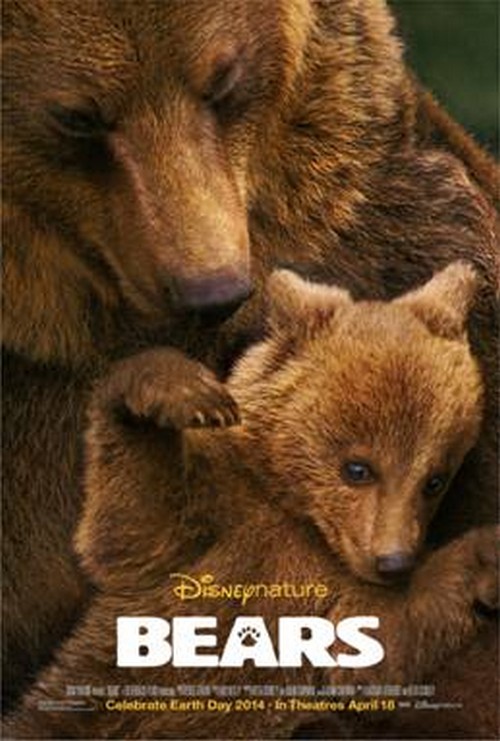 From the creators and studio that brought you Earth, Oceans, African Cats, and Chimpanzee, comes another massive wildlife documentary in the form of Bears. So far, these films are have broken records and remain some of the highest grossing full length nature films of all time, and it’s likely Bears will continue the trend.

Bears focuses on a year in the life of a bear family, with the official synopsis stating, “Two impressionable young cubs are taught life’s most important lessons. Set against a majestic Alaskan backdrop teeming with life, their journey begins as winter comes to an end and the bears emerge from hibernation to face the bitter cold. The world outside is exciting—but risky—as the cubs’ playful descent down the mountain carries with it a looming threat of avalanches.”

The film will focus on the changes that different seasons bring to the bears, including how the availability of food changes and how they stay safe from predators. The film will be set against the backdrop of Alaska, which remains one of the most untouched wildlife locations in the world.

The film is directed by Alastair Fothergill, the same director who made Earth, Chimpanzee, and African Cats, and it will release on April 18th, 2014 in conjunction with Earth Day.

Disney Nature’s slowly cornering the market in full length films on wildlife, and from the looks of the trailer and pictures, it looks like they hit out of the park once again. Will you guys be watching Bears when it releases in theaters? Let us know your thoughts in the comments.