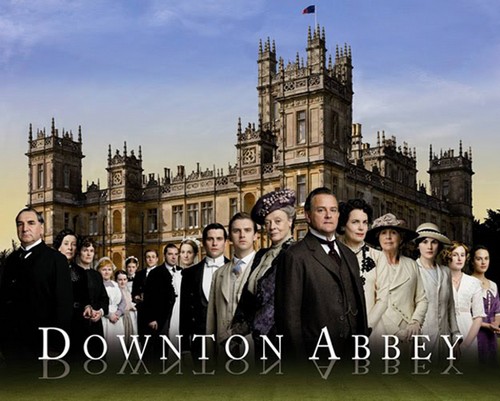 As many in the UK and everyone else who owns a computer probably already know – Season 4 has started off 6 months after our beloved Matthew’s death and boy are we feeling it. Matthew was what shook up the country manor house. He changed everyone he met. Either making them a better person or in some cases bringing out their worst traits. If not for him the audience could have at least had Sybil but no. Two of the kindest people at Downton Abbey are gone and all that is left is just coldness.

Some of the most surprising characters have even begun to exhibit it. Do be warned spoilers will fly freely and I won’t be taking your complaint. You know darn well to stop at this point if you happened to be stuck waiting for the new episodes till January. GO AWAY ! To people willing to read – ENJOY!

I’ve always admired Lord Gratham. He had three daughters and even when his wife lost the long awaited son he never blames anyone. It was very un-Henry the Eighth. In other words much appreciated. Yet what I and other had expected of Gratham was to never see him treat his daughter, Lady Mary, as beneath him.

She was once his treasured eldest and for him to belittle and undermine her literally comes from nowhere. Here’s how it all went down: Matthew had created letter of intention. It was stand in if ever he was unable to create an official last will and testament. In the letter he named his wife as his sole heir. Back then these things weren’t really done in England but Matthew did it anyway. Mary was worried his mother would be hurt but Mrs. Crawley isn’t. She knew her son wanted what was best for his unborn child at the time. The only person upset with the letter is Gratham. He doesn’t want to share running Downton with anyone.

Now before the letter came to attention, Branson, wanted Mary to have a say in the running of the estate. He felt even then that Matthew would have wanted Mary to have a say. Gratham didn’t like it then and he doesn’t like it now. He tries to put Mary into a neat box ticked “too fragile”. After the letter he makes quite a scene at dinner.  He tries to trip her up on what she does and doesn’t know. He basically wanted her to give up leadership to him. The very same that bankrupt the estate not too long ago.

Never fear she has the Dowager Countess in her corner and Branson will help her learn. An offer that should have come from her dad. The world is changing and women’s rights have suddenly been introduced in my favorite show. While Lady Mary fights for to be heard, Lady Sybil conducts an affair with her married editor, and Lady Rose does her best to work her way around her poor chaperone.  With the women there is no more interfering with each other’s lives. Not when they went out and got a life of their own. It’s downstairs that holds all the drama.

Prepare yourself. O’Brien has left. She dropped her letter and fled with all of her belongings. Good news or so you’d think. Her replacement can fill in her shoes and then some. Barely there for more than a week  and Edna has already stirred up trouble. You see she made friends immediately with Thomas and has set herself up against Anna.  Sweet and devoted Anna.  Ann tried to warn Edna away from Thomas.

Edna is no fool though. She knows to follow wherever Thomas leads. After all he was the one to realize the nursemaid was abusing Little Sybil. In truth he wanted the woman fired because she didn’t realize his importance but Lady Cora doesn’t know that now does she. To the upstairs crowd he’s a hero. Believe me I still can’t get over that part either.

So by this time you may have realized that life has changed and possibly not for the better. At this moment simply think on the bright side. ” As long as it’s not like Season 2″ then you’ll be fine. Tune in next week when the family get visitors. Rumor has it someone’s valet has a thing for Anna!