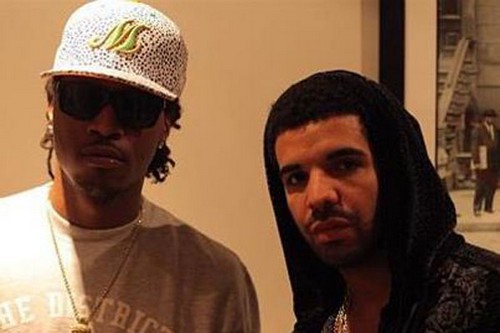 How stupid do you have to be to diss the person that’s giving you a spot on his tour? Drake and Future are in the middle of a massive feud after Future made some comments about Drake’s music in Billboard Magazine. Obviously, Drake did not take this well and kicked him off his tour.

Future, Drake, and Miguel were all booked on a 39-city ‘Would You Like A Tour’ tour. Future was interviewed by Billboard about his album, and he ended up saying some not-so-nice things about Drake’s music, such as, “Drake made an album that is full of hits but it doesn’t grab you. They’re not possessive; they don’t make you feel the way I do. I’ve been on the songs of all these rappers that put out an album, and my music is still better.”

Future immediately wrote on Twitter that he was ‘misquoted‘ and he has nothing but love for ‘my fam Drizzy Drake.’ Unfortunately, it was too little too late. Page Six reported that Drake was ‘furious’ and decided to fire Future, despite his apologies. Then, things seemed to settle when it was reported that Future was in negotiations to rejoin the tour. Of course, things can never be so simple – during the negotiations, Future was asked to make financial concessions, but he wasn’t going for it and pulled out of the tour permanently.

Now, Future is set to sue Drake for the wages he lost from the tour, equivalent to about $1.5 million. Correct me if I’m wrong, but since it was Future’s decision to pull out, won’t he only be eligible to sue for the financial concessions he was asked to make, not the full amount? I mean, he decided he wanted the full amount or nothing, and he chose nothing. In the end, it’s his own stupid fault for badmouthing Drake and then expecting everything to stay the same.