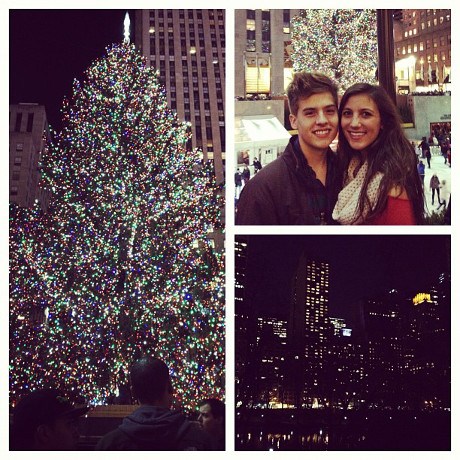 After another instance of Disney Channel stars getting photos leaked, Dylan Sprouse has fully owned up to that the photos are his. I suppose it’s good he admitted to them and shrugged them off/made light of everything because it would’ve been hard for him to deny anything; his face is in clear and apparent view. The question now remains . . . . WHO on earth leaked the pics? What’s the identity of Dylan Sprouse’s ex-girlfriend and why did she feel the need to carry out such an act?

In my eyes, there are three options: 1) his ex-girlfriend (here on out referred to as ExGF) was out for some sort of revenge; 2) his ExGF was just playing some “fun,” albeit cruel, joke; or 3) Dylan Sprouse worked in concert with this mysterious party to post the picture himself for some publicity. While option three seems a bit unlikely, especially in Dylan’s current professional state (he’s not doing much acting at the moment while attending school), one can never be certain in the Land of Celebs. Perhaps he needed some more attention to spice up his life at NYU?

While we have no information to suggest that this is, in fact, the individual who released the pics, Gina Vitori (pictured above, alongside Dylan) has been romantically linked to Dylan in the past, as is evident from perusing her Instagram.  These photos were taken roughly a year ago.

Is the culprit Gina or some other mystery woman from Dylan’s past?

Let us know if you have any idea who might’ve posted the pics of Dylan.