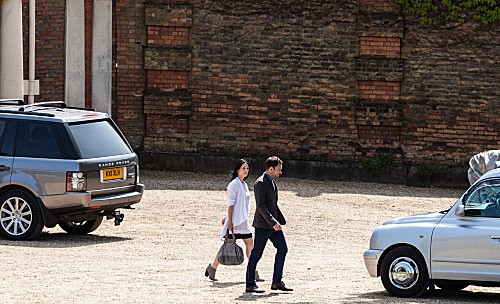 Tonight on CBS is the season 2 premiere of ELEMENTARY and tonight’s episode is called, “Step Nine.”  On tonight’s show which was filmed on location in London, England Sherlock’s estranged brother, reunites with Sherlock and reveals some secrets of his own.

If you have never watched the show Elementary stars Jonny Lee Miller as detective Sherlock Holmes and Lucy Liu as Dr. Joan Watson in a modern-day drama about a crime-solving duo that cracks the NYPD’s most impossible cases. Following his fall from grace in London and a stint in rehab, eccentric Sherlock escaped to Manhattan where his wealthy father forced him to live with his worst nightmare – a sober companion, Dr. Watson. A successful surgeon until she lost a patient and her license three years earlier, Watson viewed her new job as another opportunity to help people, as well as paying a penance.

On tonight’s show Holmes and Watson travel to London to help track down an old mentor and investigate an unsolved mystery. Meanwhile, Mycroft Holmes (Rhys Ifans), Sherlock’s estranged brother, reunites with Sherlock and reveals some secrets of his own.

Tonight’s episode looks like it is going to be great and you won’t want to miss it, so be sure to tune in for our live coverage of CBS’s Elementary at 10:00 PM EST! While you wait for our recap hit the comments and let us know how excited you are about the new season of Elementary.

RECAP: The funeral for Warren begins, but during the funeral a former officer appears and pulls out a hand grenade and interrupt the entire thing. The former officer wanted to speak to Warren’s tomb while he could get the chance, it then cuts to Sherlock Holmes sitting in front of a bunch of pigeons; Joan Watson appears to meet up with Sherlock to talk about the current investigation. Sherlock talks about how they’ve got a suspect and believes that he’s figured out how to solve the case, which involves a carrier pigeon. Sherlock told Joan to meet him near the pigeons to catch the man who’s related to the crime, a man shows aup and picks up a pigeon; the man runs away after Sherlock starts chasing him but loses him in the process, Joan ends up catching up and kicking the mans ass. They catch the man and he’s taken in, Sherlock receives a call; he then talks to Joan how a man from Scotland Yard needs his help and that Joan and him need to get to London.

Sherlock arrives at his place with Joan and is discussing the upcoming investigation they’ll be aiding with, Sherlock explains about an ex colleague that blames him for becoming an addict of some sort. Joan reminds Sherlock about how he mentioned he left London a disgrace and asks how he’s going to deal with going back again. Sherlock and Joan make their way to London and arrive at Scotland Yard by car. Sherlock meets Hopkins once again and mentions about how he’s gained a stone (the measurement of weight they use in London) Hopkins gives a briefing of the murder and how the woman was murdered; one thing that was mention was that the gun that was used to kill her wasn’t found at the crime scene. Hopkins talks about Warren’s funeral with Sherlock and Joan. Sherlock, Joan and Hopkins meet up with Pendri, Pendri makes a rude comment about Sherlock and Sherlock doesn’t seem to pleased with how he’s being spoken to. Sherlock and Joan start making their way to Sherlock’s old place he used to stay at living in London, Sherlock and Joan make their way up the stairs speaking about the room their about to enter. They enter a surprisingly nice looking and boring home, Sherlock makes his way up stairs to see where his things have gone. Joan stays downstairs and is interrupted by a man, Sherlock comes back down stairs and sees the man and it’s clear they have history. The man is named called Fatty apparently by Sherlock and it turns out that Fatty who’s appeared is Sherlock’s brother.

Sherlock is beginning to speak about how he’s disappointed that his brother is currently living in his old place, Joan speaks about how she’s surprised that Sherlock has never mentioned about his brother. Sherlock clearly isn’t a big fan about his brother, Fatty appears from the other room with tea he made. Fatty mentions how he’s never heard about Joan from Sherlock, Fatty then adds in how Sherlock used to be head over heels for his fiance. Sherlock and his brother aren’t too happy with each other, and they’re starting to have a brotherly quarrel. Sherlock believes he’s found a way to find the suspect of the crime, and goes out to test his theory alone. Sherlock is in a bar where meets up with the man who pulled out the hand grenade in the beginning of the episode. The man questions how Sherlock found him, Sherlock speaks about how he can easily find people in the city. Sherlock speaks to the man about the case of Laurence Pendri, though Sherlock doesn’t want to say too much about it. Sherlock wants the man to go to Scotland Yard with him, and technically threatens him to go with him. Sherlock and the man start making their way to Scotland Yard, the man wants to do the case alone, because he believes it’s his. Sherlock admits he wasn’t the most attentive of colleagues and that he’s trying to change from how he was before. The man wants to work on the case with Sherlock alone for one more time. Fatty is in the kitchen cooking dinner, Joan enters and asks Fatty about where has Sherlock gone to. Fatty questions how Joan is able to put up with Joan, she mentions how Sherlock is a friend and Fatty doesn’t believe that Sherlock has friend and doesn’t believe that Sherlock has changed from his old ways. Joan meets up with Sherlock at an abandoned theater, Sherlock introduces Joan to the man who’s named Garreth. Sherlock is beginning to do “That thing”, and she questions why Sherlock has never told her much about his brother. Joan mentions how Fatty has told Sherlock that Fatty has invited her to go out to dinner, Sherlock seems like he cares yet some what doesn’t. Sherlock is back into action in discovering the current case at hand, he eyes out how one of the things hanging on the wall is placed a little lower and that the weapon could be hidden somewhere near it. Garreth writes a fake suicide note to show Mr. Pendri, Sherlock meets with Mr. Pendri along with Joan, Sherlock gives Joan a chance to look around the house. Mr. Pendri gives the two of them a tour around the house and shows them how secure his home is. The house is covered with security cameras, security nodes, and bullet proof glass. Sherlock takes the chance to look behind the art work where he believed Mr. Pendri hid the weapon. Sherlock and Joan leave the house with Sherlock saying that he already knows that Mr. Pendri indeed did kill his wife and that he knows how Mr. Pendri did it.

Sherlock and Joan are back at the old theater with Garreth speaking to him about their find at Mr. Pendri’s house, Sherlock mentions how they made a mistake with looking for a gun, Sherlock believes that the murder was done using a plastic gun. Sherlock goes into detail and explains how Mr. Pendri put the plastic gun in acitone which end up turning the plastic gun into a white liquid in a jar. Garreth is surprised how they were able to find this out due to seeing a jar filled with white liquid alone, Sherlock noticed that the nail in the art work he looked behind was different. Sherlock and Joan are walking speaking more about the homes surveillance, Sherlock tries to contact a man through holding signs in front of a security camera. Joan and Sherlock end up sitting for four hours, Sherlock doesn’t mind about his brother getting closer to Joan. Sherlock goes on to carry out with the investigation alone, Joan ends up going to dinner with Fatty. Joan arrives at the restaurant and it’s surprisingly empty, Fatty closed the restaurant to discuss something in private with Joan. Fatty goes onto to admit hat he lied that he to Sherlock, Joan already found out that Fatty has had a bone marrow transplant a couple of years ago. Fatty discusses more about the sickness he had and he explains that he wanted to contact Sherlock to see if he’d be a match, but didn’t, he ended up getting better and wanted to become a friend of his brothers. Fatty asks Joan how to become a friend of Sherlocks’.

Sherlock is sitting on a bench next to a river with Garreth discussing about the envelope he got from the man from the security camera, Sherlock tries to make amends with Garreth, but Garreth interrupts him with something he found in the 3D printing. Garreth and Sherlock end up going to someones apartment room, Garreth kicks odnw the door and find the corpse of a man who’s been stabbed.

Sherlock believes that Pendri decided to murder his accomplice, Joan finds out that the knife was stabbed using the left hand, while Pendri is a right handed man and she doesn’t understand why Pendri would stab someone with his least dominant hand. Sherlock begins to look around for some clues and finds an apple, within the apple he finds a piece of 3D printing. Sherlock and Joan go and confront Pendri with how he killed his accomplice and his wife. There’s only one thing that Pendri neds to do and that’s to show he doesn’t have a wound on him, though it seems that Pendri gives up and is taken to custody of the Scotland Sherlock. Sherlock makes a little of amends with Garreth before leaving, Garreth on T.V. mentions how he always new Pendri was guilty but he never had the evidence. Sherlock goes and meets up with his brother before he and Joan leave by plane, Fatty tells Sherlock he lied to him and put all of things into storage in the place their sitting in front of. Sherlock can see how his brother is acting strange, Fatty then ends up blowing up a part of the storage place with a bomb, which blows up all of Sherlocks old stuff. Fatty then mentions that he can forgive Sherlock for everything now since they’re even, Sherlock leaves to the train to catch a plane back. Sherlock speaks to Joan about how he kind of made up with his brother, then they both enter the train together.