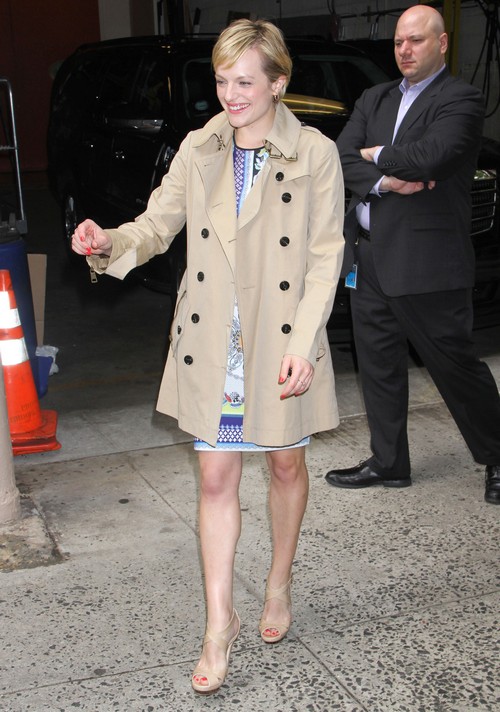 Elisabeth Moss was recently a guest on Thursday’s ‘Watch What Happens Live’, and she certainly didn’t hold back on certain topics. When asked about whether the rumors of Jon Hamm’s penis size were true, she didn’t play coy.

She was asked, “Is it true what they say about Jon Hamm’s Hamm?” Although she had the opportunity to ‘plead the fifth’ and not answer, she replied, “Well, I mean, we’ve all seen the pictures, so I mean, I would suppose so. That’s all I know, but….” She trails off, while Jessica Walter laughs hysterically next to her.

She’s certainly correct. As they say, a picture speaks a thousand words and in this case, there are no words needed.

In the same interview, Moss also spoke about Jeremy Piven and his departure from the movie ‘Speed-the-Plow’ in 2008. Moss doesn’t hold back here either, and says that it was because of Piven’s ‘unprofessional behavior’. She reveals that one day he just never came back to the set and she saw him several days later at the Golden Globe Awards when he was supposed to be ‘sick’ with ‘mercury poisoning’.

This whole interview just made me fall in love with Elisabeth Moss. If you’ve been in this industry long enough, you’ll know that most stars are terrified of incurring the wrath of other celebrities and their publicists, and they usually play it safe. Moss definitely did not, and she answered every question she was asked as honestly as she could. Big kudos to her on that.

The rest of the interview is available at Bravo TV, and it also features Jessica Walter, who plays Lucille Bluth on Arrested Development. Moss, of course, stars as Peggy Olson in Mad Men, which is now in its sixth season and showing no signs of slowing down in ratings.