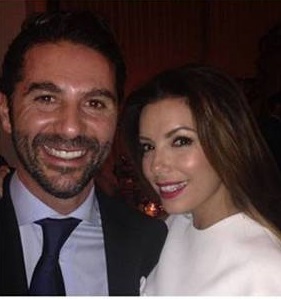 Seems that since the great unveiling of her new boyfriend, José “Pepe” Bastón, a story Celeb Dirty Laundry broke a full day before People Magazine’s supposed “exclusive”, Eva Longoria and her new beau, who is considered one of Mexico’s most eligible bachelors, have been spending lots of time together.

This new power couple first made headlines after Pepe Bastón was identified by CDL as the subject of Eva’s desires when they dined romantically in NYC back in late October at Serafina restaurant. A little digging turned up the above Instagram-posted pictures of that romantic encounter. Take special notice of the comments by Pepe’s boss, Emilio Azcarraga, Televisa’s CEO. Did he really call them “Mr and Mrs B”. Is trying to tell us something? Has Pepe confided in his longtime buddy about his intentions for Hollywood’s most eligible Latina? 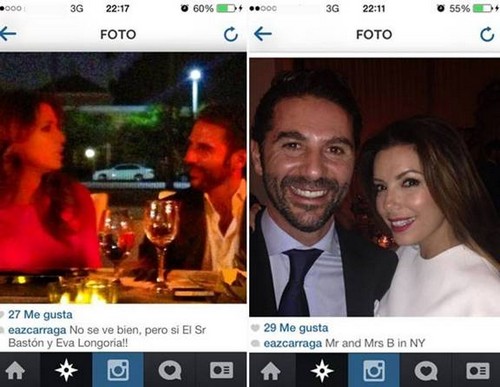 After making making their first public appearance together at the Museo Jumex Opening welcome dinner November 15th in Mexico, Eva then jetted off to London for the most recent edition of her Global Gift Gala charity fundraising event, held on November 19th. Sans Pepe, she turned heads in a boobalicious gown designed by her BFF Victoria “Posh” Beckham. 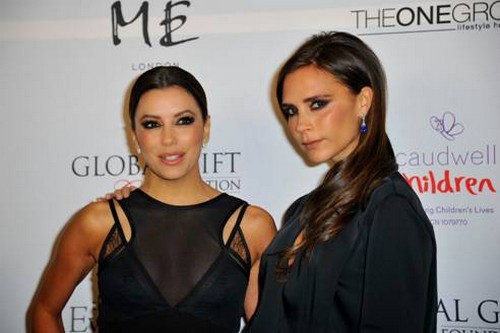 But quicker than you can say the names of her last 3 boy-toys, Eva flew straight home to Los Angeles. However, she only made a pit stop long enough to freshen her make-up and grab a change of clothes (and we presume some hot lingerie). Within hours she was off again to Las Vegas for the Latin Grammys. So why the rush? Seems new boyfriend Pepe was there too. We’d love to show some pictures of them together at that event, but what happens in Vegas really does seem to stay in Vegas. 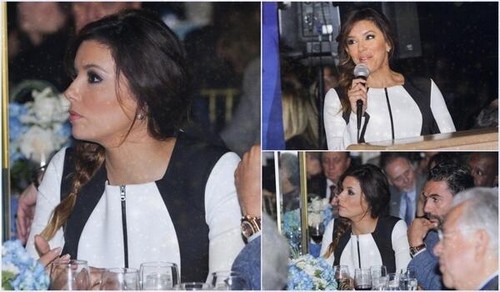 After they hit Vegas they were right back in Los Angeles, even attending the Israeli Consulate-hosted Fiesta Shalom at Sea on Sunday, November 24th. Clearly these two have become inseparable after only a month or so of serious dating. 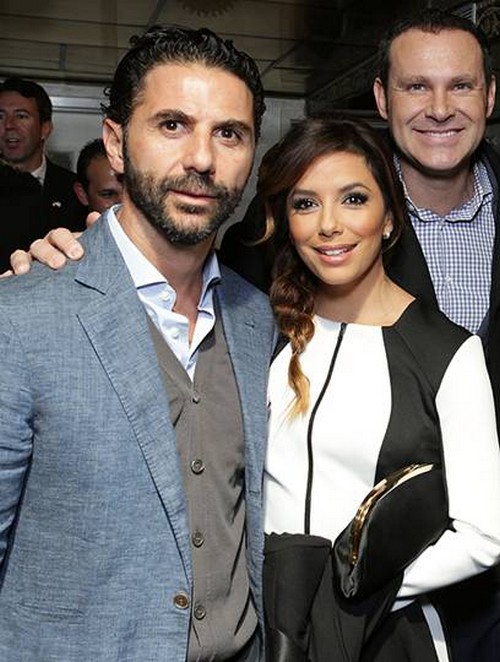 So where is the happy couple now? Our best guess is sharing a turkey leg for Thanksgiving. Since they got back from Vega they’ve apparently been shacked up at her Malibu beach home, along with some family members we assume are there to celebrate Thanksgiving. 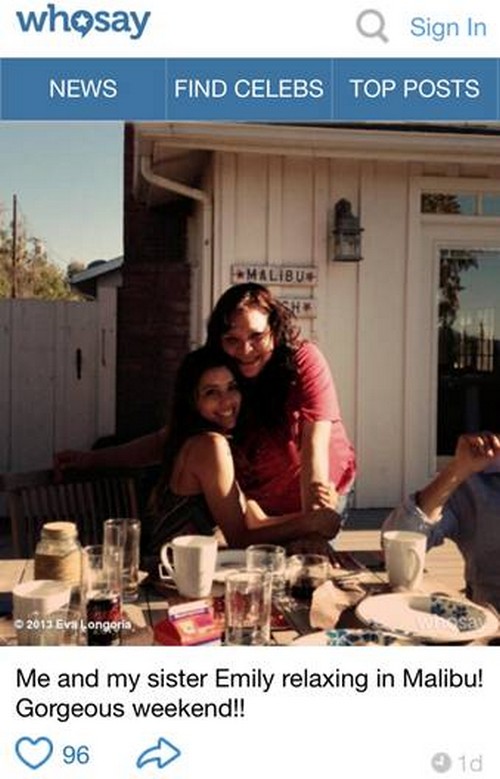 We’re willing to bet that the right arm of some man in the above picture is none other than stuck-to-her-like-glue boyfriend Pepe Bastón. So is this Pepe’s official welcome to the Longoria family? Is this couple on the fast track we think they are?

What’s your prediction on the over/under for an announcement of their engagement? Christmas? New Year? Her birthday in mid-March? Give your comments/predictions below.