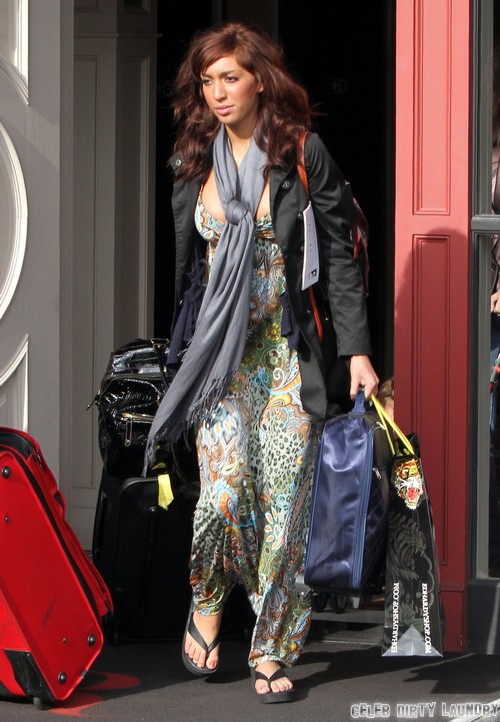 Farrah Abraham really does seem desperate for some attention. Either that or she is really desperate for a big, fat paycheck! Or quite possibly BOTH.

And poor James Deen — all he did was get a call and sign up for some work for the day and get a paycheck. It was all in a day’s work for James and he basically said that when he was asked about it. Now, she’s pretty much miffed that he would have the gall to come out and tell the truth.

It’s funny that she is really pinning this all on him when he called her out for filming with him.

And we’re also calling BS on him looking to get attention. She’s the one that seems to be looking for all kinds of attention for the sex tape, not him. It wasn’t a big deal to him at all. It was another day at the office for this guy.