The Fosters Spoilers Round-Up: What Happens In The Next 10 Episodes of Season 1 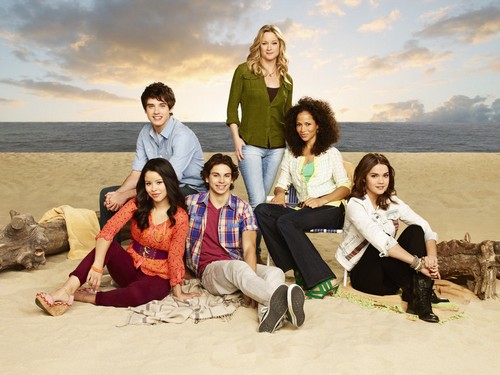 It seems like forever since the midseason finale of The Fosters aired on ABC Family. The Fosters midseason premiere will pick up right where we left off last summer on January on Monday, January 13th. We scoured the internet and found every Fosters spoiler we could, here’s what we can expect to see next month on The Fosters season premiere.

Callie Heads Back To Juvy

In the finale Callie hit the road with Wyatt, she opted to run away rather than face the music after she kissed her foster brother. In the promo videos released by ABC Family, it shows Callie back in juvy. According to Zap2It Callie chose to go back to juvy (unfortunately we have to wait until January 13th to see why on earth she would choose to go back there).

Rosie O’Donnell has landed a part in The Fosters, she will appear in the second half of Season 1 as an ally of Callie’s. When Callie winds up in a group home, Rosie plays the part of the group leader and will be working closely with her.

We learned in the midseason finale that Lexi and her family wouldn’t be returning to the United States, and it has a serious effect on Jesus and Mariana. In the second half of Season 1 Jesus and Mariana will be distraught over Lexi leaving.

Jesus Is In Trouble

According to Zap2It Lexi leaving town isn’t the only problem Jesus will be facing. Other than a broken heart, Jesus will be facing some serious health issues. There is no news yet on what said illness may be, but hopefully Jesus is going to be okay!

Rosie O’Donnell isn’t the only new addition to The Fosters cast. Romy Rosemont, who you will most likely recognize from Glee, will be playing the part of Amanda. Amanda is the mother of one of Mariana’s new friends, she is slated to start appearing in March.

For those of you who were rooting for Brandon and Callie, you will be pleased to know that “Ballie” is on! In an official press release ABC Family stated that, “Despite the threat of major consequences, Callie and Brandon are determined to be together.” Child Protective Services are not pleased with Callie’s relationship with her foster-brother, and Stef and Lena struggle to keep the happy couple apart.

A Love Interest For Mariana

Mariana hasn’t had much luck in the romance department as of yet, but all that will change this season when she meets Chase. Garrett Clayton will be playing the part of Chase, he is well known for his role on Disney’s Teen Beach movie. Unfortunately, Mariana’s friend Kelsey is not happy about Mariana’s new relationship, and she exposes some of Mariana’s deepest, darkest secrets to try to scare Chase off.

While Mariana is trying to win over the affection of Chase, her brother Jesus will be busy with his new hobby, wrestling. He decides to join the school wrestling team to get out his aggression and extra energy because he is tired of taking his medication. So, be prepared to see Jake T. Austin in spandex next season!

The Fosters Episode 1.10 is titled “The Honeymoon.” In the midseason finale of The Fosters, Stef and Lena tied the knot. When The Fosters returns in January it will pick up right where we left off in the finale, but Stef and Lena don’t have much of a honeymoon. They spend the day after their wedding trying to track down Callie after they realize she runs away. What a horrible way to spend your honeymoon!

Callie chooses to live in a group home, rather than going home with The Fosters because she wants to be with Brandon. If her and Brandon are together, then Stef and Lena can’t adopt her. (Talk about keeping it all in the family!) Stef and Lena will give Jude a choice though, and it looks like Callie’s little brother will have a big decision to make. Will he choose to be adopted by Stef and Lena, into the only real family he has ever had, or leave them to be with his sister Callie back in a group home?