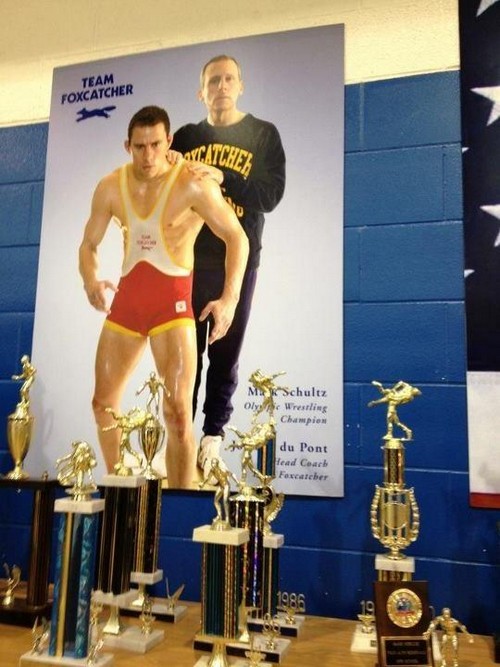 Three years ago, would you have believed me if I said that Channing Tatum and Steve Carell were going to star in a potential Oscar-baity film? Yeah, probably not. However, three years later, here we are – with the trailer of Bennett Miller‘s Foxcatcher to analyze.

Miller is best known for Moneyball, so we know he has Oscar chops galore. But what’s in question is his leading men – and from the trailer, they don’t disappoint. The film is based on a very dark true story which focuses on Steve Carell’s character and his sponsorship and subsequent murder of Mark Ruffalo‘s character. Tatum plays Ruffalo’s brother, who detailed the whole incident in a book – which the movie’s based upon.

Now, the performances look convincing – but the film, unfortunately, does not. It doesn’t necessarily look bad, per say, but rather underwhelming. And it looks like Sony Pictures Classic, the film’s distributor, agrees with us. They’ve moved the film’s release date from this fall to 2014, which means that the film nor the actors will be in contention for any awards this year.

The question is – did SPC move the film because it wasn’t finished and/or this year was too competitive, or do they think Foxcatcher just doesn’t have the pedigree to hold up during awards season at all? This happens every year, when films fall prey to expectation and anticipation. Many were touting Foxcatcher as an Oscar contender from last year, and much like Grace of Monaco, it looks like the film may not live up to the expectations.

Are you guys interested in watching Foxcatcher based on the trailer? Let us know in the comments.