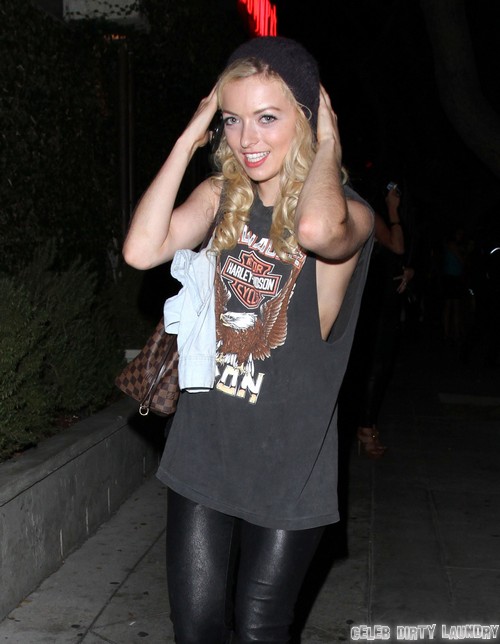 A few days ago we were pondering whether or not Francesca Eastwood’s quickie Vegas marriage to Jordan Feldstein was something she actually intended to have happen and now we know, it was a big, fat drunken oopsie! Francesca caught everyone by surprise last week when she confirmed that she had secretly wed Jonah Hill’s brother, especially since for years girlfriend was glued to “soul mate” Tyler Shields. Now she is admitting that in spite of applying for a marriage license a few days before swapping vows, the couple was caught up in an alcohol fueled moment and an annulment is in the works.

So what really happened here? My guess is that Francecsa is likely a casualty in her father’s divorce. Clint Eastwood and estranged wife, Dina Riuz have waged a pretty messy battle behind the scenes for well over a year now and sadly both Francesca and her half sister, Morgan Eastwood have been caught in the middle of it. Francesca has always been close to Dina and in recent years she chose to live with her so seeing the family split may have sent her into a tail spin.

My guess is that watching her father turning up in the tabloids with a younger woman while the family is stinging hasn’t helped either. I’m not sure what happened to her relationship with Tyler but my guess is that Francesca isn’t dealing with the upheaval quite as well as someone older would. Do you think that she wanted to marry Jordan at all or was this quickie wedding an attention-seeking move to make the family remember that she even exists? Tell us your thoughts in the comments below!