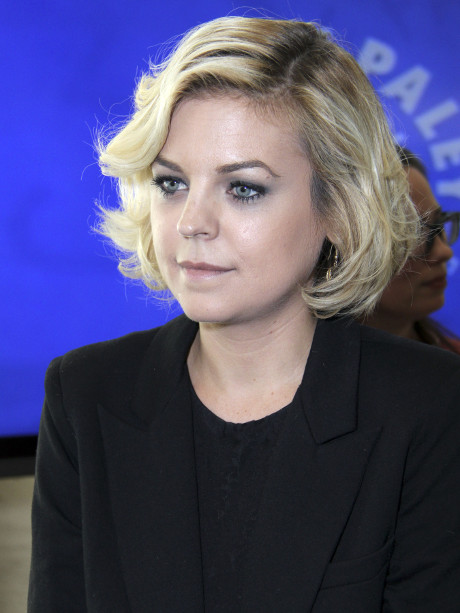 According to a few sources, General Hospital actress Kirsten Storms said she was suffering from Endometriosis; however, with the information that’s come to light, it appears as if she made the whole thing up in a drastic effort to cover up the fact that she was in rehab! Tiffany Lynn Rowe, who’s currently engaged to Kirsten’s brother, has gone on the record to say that Kirsten is totally lying through her teeth.

A source and writer for Gossiping Pens says, “Kirsten has been lying up & down about her so-called battle with Endometriosis, a condition which affects women causing painful periods, persistent pain in the pelvic area, and even infertility, which is why it was a shock to many when Storms announced her pregnancy (and marriage to co-star Brandon Barash) earlier this year. After careful research, I have learned that Storms was not diagnosed with Endometriosis at all. Instead, it was a mere cover-up for the fact that she had gone into rehab. It’s no secret that she has a history of reckless behavior.

“She’s been caught drunk driving, and there were rumors that she was spotted at the same anorexia rehab clinic that Mary-Kate Olsen went to. Even reliable soap source, @SethroOnTheTV, came to the same conclusion this past Summer. Since our discovery, Kirsten has now hired a lawyer to go after any bloggers who dare say anything negative about her. It’s crazy.”

What do you think about this cover up? Are you a General Hospital or a Soap fan? If so, definitely hit up the comments below and tell us how you think Kirsten should’ve handled this situation. We totally get that a celebrity might want to keep something like going to rehab a more private matter; but do you think they should lie about having a serious disease that affects many people?