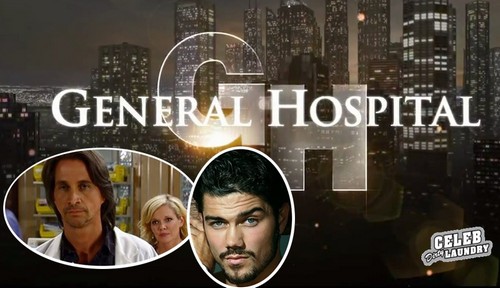 There’s a new hot detective coming to Port Charles, Detective Nathan West. Nathan will be played by Ryan Paevey, a detective working for the Port Charles Police Department. General Hospital found Ryan, who is a model/actor, and this is his first major acting job.

We will get to meet Nathan this week [Monday, December 30, 2013] and his first scenes will be with Maxie Jones who is preparing to leave Port Charles to find herself.

Nathan is going to be involved with the Silas/Ava storyline and the secret they are hiding. Nathan is suspicious and has his sights set on Silas and Ava. There has been a lot of speculation as to what is the secret Silas is hiding. I think it has to be something Ava did that Silas helped her with. That would explain why Silas cannot stand Ava.

So far we have only heard rumors about what Nathan’s role will be and here are a few: LuLu is attracted to Nathan; Anna is suspicious of Nathan; Nathan is out to get Silas.

What do you think CDLers, what is Silas’ dirty little secret? Do you agree with me – it has to be something bad Silas helped Ava with? Hit the comments and let us know your thoughts!

Meanwhile there are rumors swirling around that there will be not one but two pregnancies coming up in early 2014.  I can’t confirm it for sure but rumor has it that one will be Sabrina and the other Kiki.  Kiki being pregnant may lead to her and Michael getting married.

While you wait for Monday’s show here is a preview of what to expect next week. “A dangerous mental patient is on the loose. (duh has to be Heather) Det. Nathan West hounds Sam with questions about Silas. Franco anxiously looks for the missing Carly. Heather puts her diabolical master plan into action. Sonny finds Morgan with Ava.”