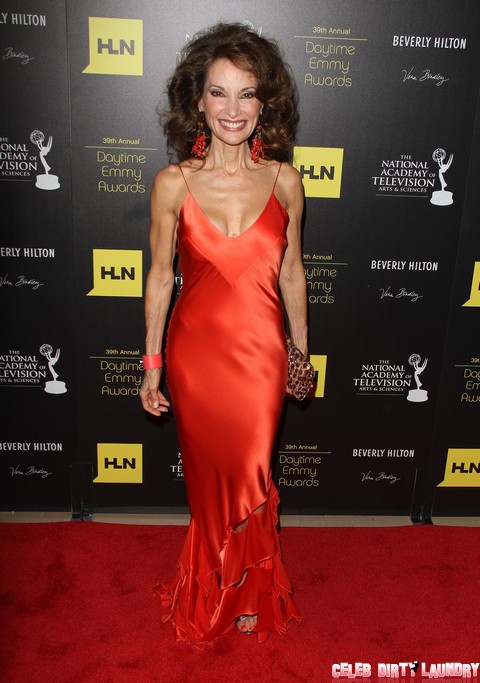 Soap Operas may seem like a dying breed now, but for decades they were considered the training ground for actors. Where else could up-and-coming stars go to be able to actually work several days a week, honing their craft? Not everyone opted to leave the genre either. Some stars like Susan Lucci or Erika Slezak made daytime their work home and spent eons creating long running characters that fans felt were like family. Let’s be real here, soap fans spend an hour each weekday with their favorite characters so it’s easy for them to feel like friends. That’s what has made daytime a success for decades.

General Hospital is celebrating fifty years of broadcasting memories by resurrecting old shows and bringing some favorite characters back to the screen for a while. Not everyone can drop in though because a multitude of GH actors and actresses have moved on to real Hollywood stardom. Demi Moore is an example. 30 years ago she spent less than a year portraying a journalist on the show. Within two years of her departure, St. Elmo’s Fire was huge in theaters and a star was born.

In 1994 Ricky Martin was already a bonafide star in Latin America but he was looking for a break in the U.S. GH cast him as a teen father and the female audience went crazy. A few years later everyone knew who Ricky was thanks to Livin La Vida Loca. Jack Wagner and John Stamos spent a few years side by side on the GH set 30 years ago and it made them household names. Back in the 80’s GH was celebrating its heyday and these two are synonymous with that.

Many solid stars have passed through the halls of GH included Vanessa Marcil, Amber Tamblyn, Jonathan Jackson, Genie Francis– the list is absolutely endless. Has their been a point in time when you’ve tuned in and found yourself sucked into a storyline? Tell us about it in the comments below!