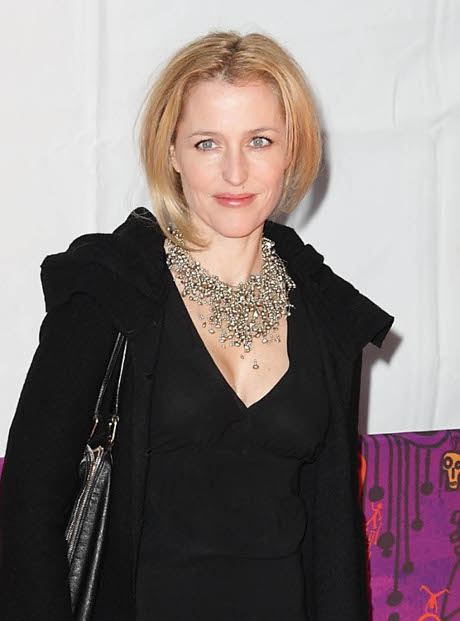 I know there are countless X-Files fans out there, and if you all are still hunting for the somewhere-out-there truth regarding Gillian Anderson and David Duchovny‘s relationship then join the crowd. Apparently, Gill and David will be making a super special announcement this coming Sunday — and many of us are hoping it has something to do with their relationship. Do you think they’re going to come out as an official couple and give their fans something to celebrate? Wouldn’t it be the perfect time to come out as a couple, especially with Valentine’s Day coming up right around the corner?

Yipeee, we can’t wait to hear. Since we here at CDL have thought that Gillian and David have been a secret couple for a while now, we thought it would be fun to chat about the couple’s dream Valentine’s Day date. What do you think a secret couple, who were a part of one of pop culture’s biggest cult classic tv shows, would do to celebrate their love?

In my dream world, I envision them going out, perhaps to a fancy restaurant. They will be the only ones in there because there’s something shady going on in the surrounding areas. Everyone who’s been going there lately has been mysteriously disappearing. Of course, Gillian and David chose this restaurant on Valentine’s Day because they received a few tips from a concerned newspaper regarding the strange events occurring in the night sky above the local eatery. Strange lights. Odd noises. Peculiar aromas. The whole nine yards.

There aren’t any waiters in the restaurant — duh, because they’ve all disappeared — so it’s a gosh darn good thing they packed peanut butter and jelly sandwiches in their tin, UFO-kitschy lunchboxes. Gillian thinks the date is weird and doesn’t understand why David is acting so paranoid — because aliens don’t exist. Erm, yeah, sure, right. But she thinks the whole thing is oddly romantic.

I don’t know what happens from this point on . . . . You tell me! Do you think they will discover the source of the mysteries? Do you think they’ll go back and have a romantic, alien-free evening at the home they’re reportedly sharing? Do you think Gillian Anderson and David Duchovny are even together? Let us know how you think this night would end — or how you envision Gillian and David’s top-secret Valentine’s Day evening panning out.