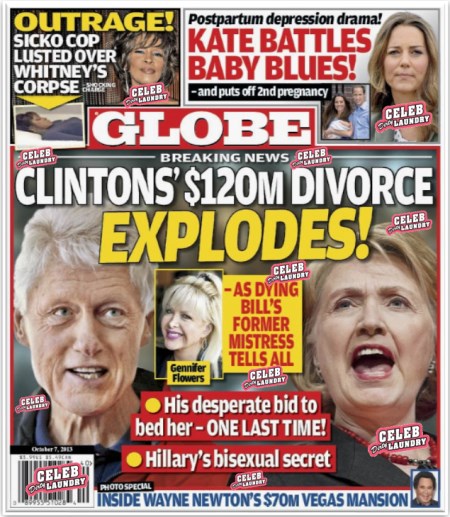 It has been 2 months since Kate Middleton gave birth to little Prince George and while she has adjusted to changing diapers and lack of sleep, the one thing that she is struggling with is postpartum depression. The duchess hasn’t been spotted out and about too much and her recent decision not to attend the wedding of a good family friend really raised some eyebrows. Most new parents are anxious to steal a night away after weeks of baby duty but Kate couldn’t muster the strength to pull herself together for the joyous occasion.

According to the Oct. 7th print edition of GLOBE Magazine Kate is indeed suffering from those nasty baby blues that weigh down so many other new moms as well. Postpartum Depression is a serious issue often caused in part by a woman’s hormones being out of whack after having a baby and when you combine that with the fact life as you know it completely changes, well it can be really hard to pull yourself out of the funk. Many women require antidepressants to help them get through some of those first few months and celebs galore have spoken about their experiences.

The bottom line is that you never know which women are crushed by the baby blues and Kate is fair game just as you and I are. Also when she made that red carpet appearance with Prince William a few weeks ago there seemed to be a serious disconnect between the couple. I think it was so noticeable because they are usually very much in tune but for now there seems to be some tension between the couple. According to GLOBE Kate and William originally wanted to add a second child to their family very quickly but that plan has certainly changed. Kate is having a hard enough time as it is, she doesn’t need the stress of another pregnancy wrecking havoc on her body!

Also in the latest issue of GLOBE you can read up on the $120 million dollar divorce hanging over Bill and Hillary Clinton. I’m amazed that these two are still together and it seems that his former mistress and Hil’s bisexual escapades are causing some serious issues in their constantly shaky union. Do you think Hillary will be running for president and if so, will her husband still be by her side? Tell us your thoughts in the comments below!

Even more shocking is the news that sicko cops lusted over Whitney Houston’s corpse in the hotel bathroom where she overdosed and died.  It’s one thing to disrespect the dead but another to go to these foul ends.

This week GLOBE goes deep into important news that others are afraid to even touch upon.  I expect that the problems between Bill and Hillary revolving around his long-term infidelity and her reactions to it will be getting lots more press if she becomes a candidate for the US Presidency. Meanwhile, GLOBE elaborates on poor Kate’s struggles with a serious case of the blues following Prince George’s birth.  GLOBE explains how this problem is forcing the royal couple to postpone producing the spare to the heir. This week GLOBE has gone even beyond their usual great reporting to discover details that no other magazine is brave or honest enough to reveal.  I’ll be enjoying hours of reading pleasure as sit back with my October 7th copy of GLOBE!