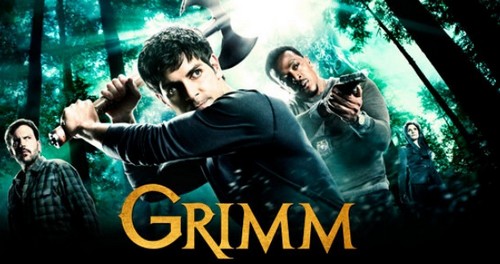 Tonight on NBC is a whole new episode of GRIMM.  On tonight’s show Adalind (Claire Coffee) contemplates the significance of her new situation, while Juliette (Bitsie Tulloch) continues to work with Rosalee (Bree Turner) in an effort to fix her memory.  Did you watch last week’s show?  If you missed it there is a full and detailed review here!

On last week’s show The Wesen code of honor came into question when Nick (David Giuntoli), Hank (Russell Hornsby) and Monroe (Silas Weir Mitchell) discovered a series of bank robberies with Wesen using true natures as their disguises. Meanwhile, Juliette (Bitsie Tulloch) found herself tormented by faint, slowly returning memories that cause her to question her mental state.

On tonight’s show when a mysterious case of sudden blindness causes a woman’s death, Nick (David Giuntoli) and Hank (Russell Hornsby) come across a disturbing Wesen that feeds off its victim’s tears. Meanwhile, Adalind (Claire Coffee) contemplates the significance of her new situation, while Juliette (Bitsie Tulloch) continues to work with Rosalee (Bree Turner) in an effort to fix her memory. Silas Weir Mitchell, Sasha Roiz and Reggie Lee also star.

Previously on the last episode of Grimm, the last we saw of Juliette, she was supposedly cured of her highly dangerous “Fatal Attraction” love with Captain Renard. You know the Captain,  Juliette’s boyfriend’s boss.  Yet despite Nick donating his own blood towards the cure there is a saying that nothing comes without a price.

Meanwhile the trusty sidekick, Monroe, happened to stumble into a bank heist where the thieves used their true Wesen nature as part of their disguise. Possibly exposing their kind to a manhunt doesn’t seem to stop Bonnie, Clyde, and stooge.  But it does scare their community at large. With Nick trying to find a law abiding ending to the robbers, Monroe and Rosalee take steps to contact the Wesen council.

It’s at their secret hideout  that Nick and Hank manage to arrest them. Nevertheless let’s not forget however that the council with full knowledge of the situation must protect their kind. Bonnie and Clyde never it made it to court. They stayed true to their persona.

On tonight’s episode, a seemingly charming “Audrey” joins a support group at a church for people who have lost loved ones. But while everyone is focusing on the conversation he appears to pay extra attention to a grieving woman’s tears. His good looks and tale of a dead wife manages to persuade the crying woman into coming with him for a private chat. There it doesn’t take long before uses his mouth to spray her with his natural body mace. Turning into a giant insect he takes her sight with his tongue before killing her. It appears according to his very own theme song that he is the Sandman.

With an investigation underway for Nick and Hank, it is revealed that across the pond in Vienna, the former wicked witch Adelaide is pregnant.  Her baby daddy could either be Captain Renard or his half-brother. Both of whom are Wesen royalty thereby making her bun in the oven a very valuable commodity.

Meanwhile the Sandman was caught blinding his next victim not by the detectives but by a human. Other women would call 911 when they realize their sister is being attacked, luckily for her the Sandman fled the scene in very obvious red Cadillac.

As to Juliette, she finally contacts Rosalee to get help for her hallucinations. But  while she can see and hear things, Rosalee can’t. Yet it seems she isn’t the only one seeing things. Captain Renard is still having nightmares over Juliette where she demands in her ghostly form that he kiss her like before.

Now knowing their murderer is Wesen, the detectives with the help of Monroe figure out the Sandman is drawn to tears. Going to the hospital in order to question the victim that lived they are however interrupted with the news that the Sandman red Cadillac was spotted outside of a support group. Nonetheless apprehending him proves difficult when Nick gets too close and gets blinded.

With the help of Rosalee and Monroe Nick discovers the only cure for his blindness is to scoop out the Sandman eyes, while he’s in full transformations, with a spoon.  Now all they have to do is find him.

The Sandman’s same red Cadillac is spotted not far from one of his victims’ house. He apparently visits his victims’ families because their grief and in particular their tears is guaranteed supply. But earlier when this sister seemed dumb by rushing in, she corrects that assumption by fighting and trying to flee from the giant fly.

Hank, Monroe, Rosalee, and even a blinded Nick do make it on the scene in time. It seems that his lost sight heightened the rest of Nick senses and he can easily hear the fly buzzzzzing in the attic.  With the rest of the gang all at one time or another coming into contact with the sister, who has armed herself, downstairs; Upstairs the Sandman and Nick go at it.

After our Hero knocks out the creature, Rosalee scoops out one his eyes and smashes it inside of jar till it closely resembles strawberry jam. Applying said jam onto to Nick’s eyes, the gang can’t catch the newly awakened Sandman as he stumbles down the stairs and right in front of the sister who promptly stabs him.

It seems all will be well especially with Nick keeping his heighten senses even after gaining back his eye sight but the show is called Grimm and not just because of the German brothers. Back at home, Juliette confronts her hallucinations only to find the voice that’s speaking to her is some poltergeist version of Nick.

Is it a good poltergeist or not? We won’t know until we see what happens next week.