Gwyneth Paltrow Cheats On Chris Martin? Affair With Mysterious Man – Just Like She Cheated On Brad Pitt and Ben Affleck! 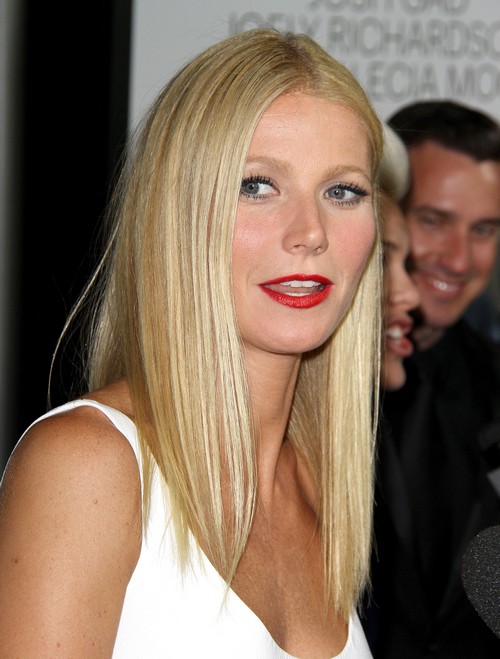 There’s been a lot of dishy gossip regarding Gwyneth Paltrow lately. It all started when Vanity Fair decided to an extensive piece on Gwyneth in their September issue, and because of the way Gwyneth reacted, everyone assumed it wasn’t very flattering. Gwyneth went out of her way to tell all of her friends and families not to talk to VF, but in the end, it seemed like she didn’t need to worry. The September issue came and went, and there was nothing about Gwyneth, either bad or good.

However, in the wake of VF dropping the ball, Star Magazine has picked up the slack. While Star’s pieces are sometimes fan fiction or speculation, this one seems legitimate. And before we are too dismissive of “the Tabloids” let’s note that what begins in GLOBE, National Enquirer, or Star as “rumor” very often winds up as FACT in mainstream media, albeit weeks or months later. The majority of their focus is actually on infidelity, and Star’s source goes all the way back to Gwyneth’s early dating days, and explains, “Accusations of infidelity have dogged her years. When her engagement to Brad Pitt ended in 1997, rumors surfaced that she’d cheated on him with her Sliding Doors costar John Hannah, and a reported fling with her A Perfect Murder costar Viggo Mortensen allegedly derailed her relationship with Ben Affleck.”

While Gwyneth’s husband, Chris Martin, was actually the basis of most of the cheating rumors for the past two years, Star claims that it might have actually been Gwyneth who stepped out. Kind of puts their rumored marriage troubles in perspective, doesn’t it? Anyway, Star’s report explains that when they received a tip about Gwyneth having an affair with a mystery ‘literary figure’, they decided to investigate the claim. Big mistake.

Apparently, Gwyneth’s team went overboard in shutting them down, and Star claims that the ‘preemptive strike’ is highly ‘unusual’ for celebrities unless they have something to hide. Star’s source explains, “Where there’s smoke, there’s usually fire – and in this case there is a lot of smoke.” And apparently, even though Vanity Fair hasn’t published anything yet, they’re still looking to do so in the future, with the source adding, “Chris knows about Vanity Fair’s story and has heard rumors about what it might bring up, but his wife is still keeping him in the dark. There is a lot of tension over it in their house at the moment and it could threaten to destroy their marriage.”

Who could this literary figure be? Gwyneth tends to travel in some pretty highfalutin circles, so it could really be any high-profile author.  I mean Gwyn is such an insufferable snob that you can’t expect her to cheat on her husband with just anyone, right? What do you guys think? Let us know your thoughts in the comments.