Gwyneth Paltrow Wants Her Own Talk Show – Would You Watch? 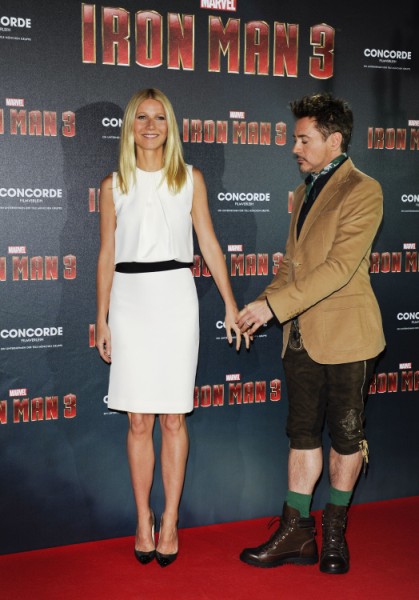 Um… did I even need to ask? Of course you are going to! You’ll watch if you love her but you’ll definitely watch if you hate her. She has that affect on people. You simply can’t turn away from the amazingness that flies out of her mouth. Who wouldn’t want to hear her harp on how terrible her marriage is to Chris Martin especially when her advice to all us wives is to never nag and just give great blow jobs. And who wouldn’t want to hear all about her bush-scaping sessions with Cameron Diaz? And, obviously, don’t you want to be told day after day to eat kale and WORK OUT constantly?? Oh, boy I know I do!

“She thinks she can be a kind of New Age Ellen Degeneres. She completely believes she has what it takes. As much as Gwyneth is inspired by Ellen and other talk show hosts, she also thinks she can do it better than any of them,” a source told Star magazine.

Of course she thinks she can do better! That’s what all this is about. Gwyneth knows more and knows better than the rest of us. That’s how Goop started and that’s how this fantastic idea probably did as well. Just wait!

And for those of you who think this is just more tabloid nonsense – chew on this. She’s already getting her feet wet slowly but surely. She’s teamed up with fitness guru Tracy Anderson to front a 10-episode show called “Second Chances” on the AOL On Network, produced by Ryan Seacrest. Basically they go around the country congratulating people on not being fat anymore. I’m pretty sure that will be the gist of it.

So that’s the start. The Gwyneth Paltrow talk show will follow. Trust. She just can’t help herself. She has so much knowledge! She just has to gift it away to us common folk. And it’s not like her acting career is anything. Yes, I know she has Iron Man 3 but is that really acting? She’s an Oscar winner for christ’s sake. Despite appearances, she isn’t getting first looks at scripts anymore – not when Cate Blanchett and Kate Winslet are around. But I think that’s OK with her. As long as she’s still the cool girl, as long as people still come to her for advice then she’s all set. I’m pretty sure that’s all her little ego needs and that’s what this talk show will provide. God, I can’t wait. Please lord let this one be true!